Ministry, the movie, coming to Austin 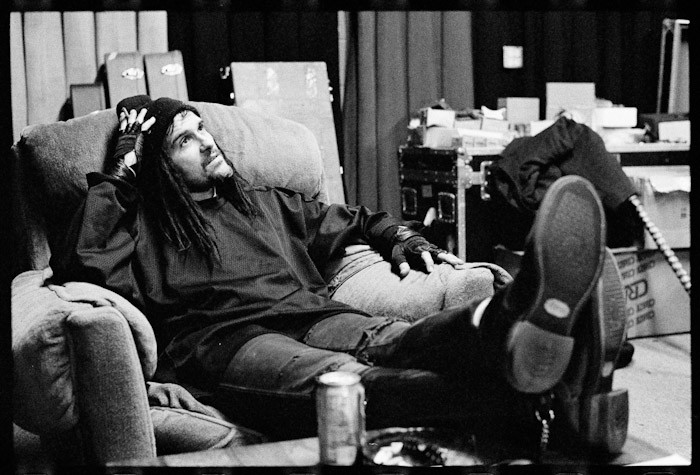 (Photo by Paul Elledge) By Enrique Lopetegui elopetegui@sacurrent.com If you are already a little out of your mind and missed the short San Antonio run of Fix, the Ministry documentary, good news for you: the movie will show again in Austin (see below). Fix is an inside, unadulterated look at Al Jourgensen, a key figure in the history of Industrial rock. Is he for real? Is he putting on an act? Is he nuts? All we know is the guy practically — and single-handedly — invented a genre an influenced dozens of bands that came after him, and his hardcore lifestyle makes Motörhead’s Lemmy look like a yogi from the Himalayas. See him literally fuck a dead chicken, shoot up heroine, and hear stories of when a young Al earned his living on his knees at a Greyhound bus station (and he wasn’t exactly praying). Oh, and there’s music too. Not for all tastes, but you can’t claim any knowledge on the guy unless you watch this movie. *** Fix Dir. Doug Freel; feat. Al Jourgensen, Paul Barker, Trent Reznor, Dave Navarro Nov 7 at Alamo Draft House Ritz (Austin) Nov 4-18 Alamo Draft House South Lamar (Austin)