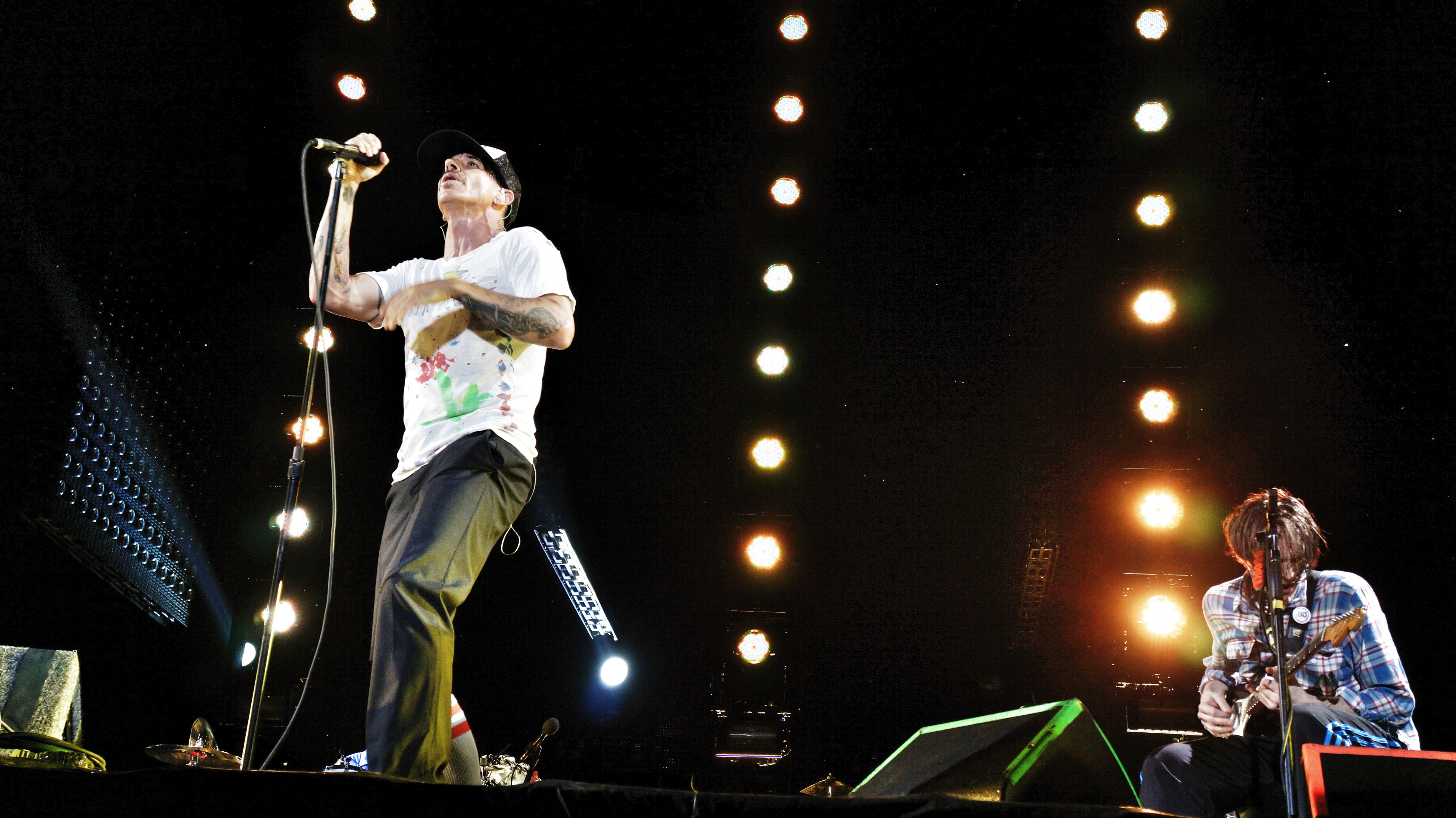 At the end of Day 3 of ACL, all stages shut down except for the main stage where the headliner plays. The entire crowd congregates in this one place for the final show. This year, ACL gave us the Red Hot Chili Peppers.

Most of the front row of people had been standing there all day waiting for this moment. I saw many of the same faces in the front row as I had seen at 2pm. They hadn't moved at all. The Chili Peppers wasted no time in getting the party started once the lights went down. After starting with "Monarchy of Roses," Anthony Kiedis announced "We specifically came to mess with Texas," they followed with "Dani California" and an extended intro into "Can't Stop."

As usual, Flea roamed the stage like a wild animal, while new guitarist Josh Klinghoffer sat throughout most of the set after breaking his foot in August, but the energy must've been to much at times, as he would stand up and run around for a few second before needing to sit down again.

It was the proper wrap-up party for another unforgettable ACL.