In case you missed it: FFFF's Taco Cannon and "F*&k the VIPs" rant! (Final fest recap)

The Fun Fun Fun Fest is over, but the echoes of the festival's Taco Cannon are still in the air. Some of the tacos launched into the crowd included "golden passes" that converted general admission tickets into backstage passes.

Don't care about tacos and prefer to stick to music instead? Here's J.D. Swerzenski's final recap of this year's three-day festival.

And so Fun Fun Fun Fest 7 is on the books. Between a bill chock-full of refreshingly non-mainstream acts, random movie star sightings, and the organic laissez-faire attitude that seemed to pervade throughout all in attendance, it was a weekend more than worth the wicked Monday-morning hangover.

...an impressively destructive set from... 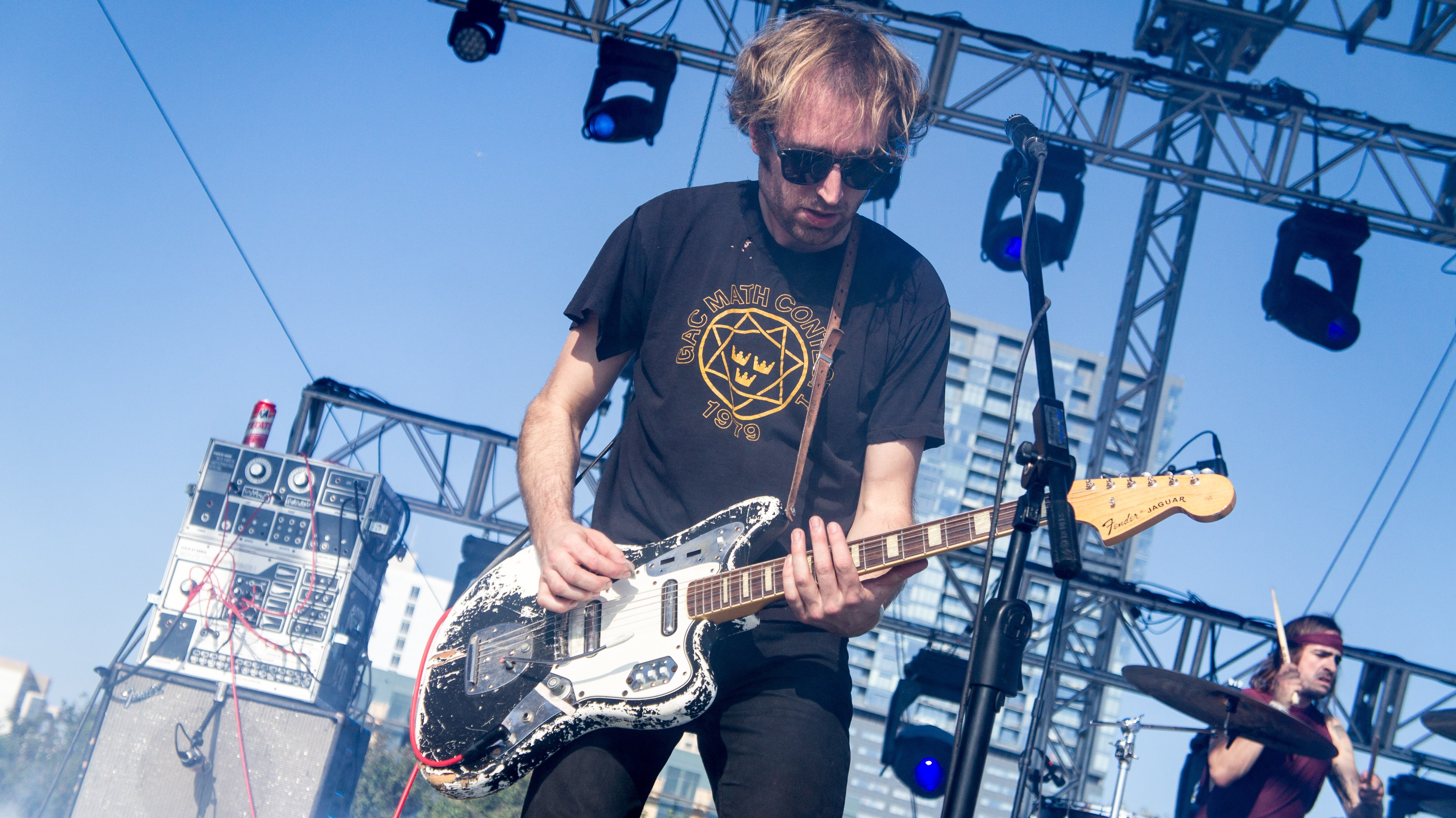 ...A Place To Bury Strangers (above, photo by Jaime Monzón), taking Pete Townshed’s legacy to ridiculous lengths by beating the shit out of at least six guitars...

The heavily hardcore afternoon also saw fine showings from Toronto’s Fucked Up, whose front man Damian “Pink Eyes” Abraham spent roughly 95 percent of the show deep within the recesses of the crowd.

And You Will Know Us By the Trail of Dead seemed to relish the chance to pummel their hometown crowd with tracks from their new record Lost Songs.

To my ears, the two big winners of FFFF’s final day were Titus Andronicus and De La Soul. The former, playing to perhaps the festival’s most dedicated fan base, were a different beast altogether from the band that rolled through SXSW earlier this year: sharper, bigger, and brasher than I’ve ever heard them. While the few tracks from their new record Local Business still caused plenty of furious response, it was the handful of selections from 2010’s sure-to-be classic The Monitor that pushed the audience at the Yellow Tent to total stage-diving chaos. I don’t know what it is in the water in New Jersey that makes them write anthems so damn well, but the scrappy quintet proved themselves worthy heirs to the fist-pumping, scream-along tradition of Springsteen.

As for De La Soul, I’m not sure if they’ve made it their mission to undermine their "flower rap" reputation or if they were just really pissed off Sunday night. Whatever their motivation, the three-piece rap group turned in one of the weekend’s most amped-up and furious sets, dipping into tracks from across their 25-year catalog. The biggest highlight of the set came between songs, when Trugoy launched into the rant of the festival.

With Maseo coming from behind the decks to close the show with his unnerving mad-scientist laugh (you probably know it from here), it capped an impressive show of force from one of hip-hops most legendary figures, and a proper wrap-up to one of the country’s weirdest, most diverse, and well-run festivals. — J.D. Swerzenski