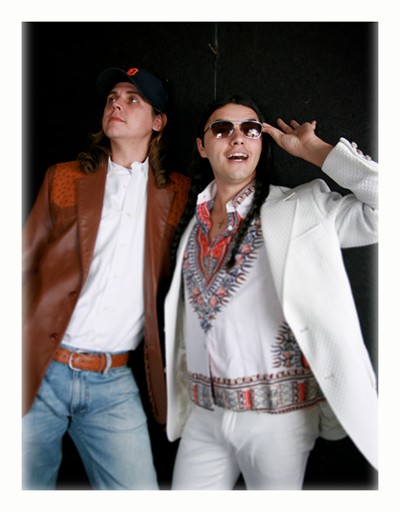 Following a two-month delay, an almost complete overhaul of the line-up, and more than a few doubts as to whether it would ever get off the ground, the inaugural Alt Universe Music Festival finally took place Saturday at the Alamodome. Though still featuring headliner Ghostland Observatory it was a highly pared-down bill from the original iteration which featured national acts including the Wallflowers, Wavves, The Joy Formidable, and perennial hometown draws Girl In a Coma. Then there was the whole Alamodome thing, a world-renowned acoustical cluster-fuck that remained a baffling choice for a festival setting.

The local fare kicked off at 5:30 p.m. with The Hawks (of the Holy Rosary), whose set favorite “Please Don’t Let Me Fuck My Way to the Top” took on a certain poetic irony when played to the scattered audience lingering around the fringes of the Dome. A revitalized Blowing Trees were up next, with singer Chris Maddin showcasing a stadium-sized voice that managed to literally echo from the rafters. Education closed the rock portion of the Fest with an energetic, if inexplicably abbreviated set. (Everything — from the time the doors opened to the start of the first show — was behind schedule and, as usual, the artists pay.)

A trio of DJ sets, including Ghostpizza’s LeDoom, dub-stepper Bobby Duque, and SA-via-Las Vegas beatmaker Vegas Banger took the Fest through its second phase, one that seemed most aimed at pacifying a crowd primarily there to see Ghostland Observatory. By 10 p.m. the stunner shades crowd finally got to see their heroes as the Austin-based duo hit the stage with their usual flamboyance.

Sporting a set-list mined mostly from their early (and still most popular) releases, and a light show that would have made many an optometrist weep, Ghostland managed to whip the considerably swelled audience of roughly 500 into a fist-pumping frenzy.

That the fest managed to stick the landing after an event mired in one speed bump after the other certainly proved a welcome conclusion, though calling the Alt Universe Fest a sweeping success would be tough in any context. But given San Antonio’s troubled history in attempting to establish a large rock festival of any sort, there were a lot of hopeful signs to be at Alt Universe — most notably an audience that despite the re-schedule, constant line-up changes, and all manners of other confusion, still came out to the damn thing.

With upstart fests like Houston’s Free Press Summer Fest and DFW’s 35 Denton both proving that you can indeed bring in national acts on a festival bill and be decently successful about it, there’s plenty of reason to hope that the same formula can be repeated with equal results in SA. Alt Universe doesn’t have the mix down yet, but hopefully it’ll point the way forward to bigger and better things.