True: with Ernie Kovacs, it's hit-or-miss. But watching footage from when he was on, one can discover (or rediscover) a true pioneering genius of left-field, edgy comedy on TV. This collection is as good (if not better) than Vol. 1, and joins The ABC Specials and the reissued Percy Dovetonsils Thpeaks CD reviewed by Leonard Pierce earlier this year.

Say what you want about Queen, but whenever the band had a chance to prove itself, he blew everyone off the stage. It happened July 13, 1985, at Wembley stadium, during the Live Aid concert. The band was on its way down, supposedly, and their set is now considered by many the greatest rock concert ever. Hungarian Rhapsody follows Queen from Wembley to their triumphant Budapest show in 1986 in front of 80,000. It was Queen's first concert behind the Iron Curtain (three years before it was torn down), the band's last tour, and a must-see for fans or skeptics — you could do a lot worse than seeing Queen with 17 cameras, remastered mix, and surround sound.

This gem features two of the historic four sold-out Elvis shows at Madison Square Garden Friday through Sunday, June 9-11, 1972. CD 1 has the Saturday afternoon show (23 songs originally issued in 1997), and CD 2 has the Saturday night show (20 songs originally released on LP on June 18, 1972), all remixed for the first time by engineer Michael Brauer.  The accompanying DVD features unseen hand-held footage of the Saturday afternoon show captured by a fan, the original Friday press conference, backstage scenes and more. The best part: in spite of the usual crowd-pleasing stuff your grandma would enjoy, you also see Elvis on top of his game, rocking the house and outsinging everyone in the planet.

Nothing fancy about this DVD. You just hear the producer who changed music forever (George Martin) and two of his main accomplices (Paul McCartney and Ringo Starr, from a band you may have heard of — the Beatles). The documentary focuses on Martin's whole career before and after the Beatles, but it has plenty of candid Fab Four stories from the lips of those who were there (three of them, anyway).

Musician, writer, stand-up comedian, actor... Steve Martin has done it all, excelling in every area. This collection of TV material has its lesser moments, but enough good stuff to make it superb. Best of all: Martin's Live at the Troubadour in West Hollywood, 1976, unarguably one of the greatest stand-up routines ever performed. 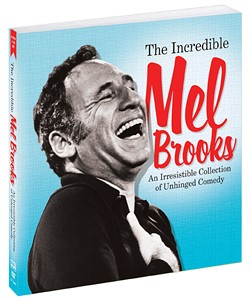 To hear Mel Brooks tell a story is even funnier than his best movies. This 5-DVD 1-CD collection doesn't include his movies (duh), but the history behind his amazing career. Film, Broadway, songwriting, TV, everything's here, since his childhood and his partnership with Sid Caesar to his biggest triumphs (The Producers, Blazing Saddles, Young Frankenstein). A must for fans and lovers of pure old-school comedy.

Metheny is another guy who's done it all: cool jazz, free jazz, be-bop, New Agey stuff, World Music fusion, quartet, trio, quintet. Just in case you were wondering when he's going to play with a robot, here's The Orchestrion Project. Available on 2-disc DVD, single disc, CD, and Blu-ray, Orchestrion was shot over two days of November 2010 at St. Elias Church in Greenpoint, Brooklyn and features Metheny playing his guitar accompanied by a huge automated orchestra which responds to the touch of his guitar.

After a lifelong fascination with his grandfather’s player piano, Metheny commissioned and built a mechanically controlled mini-orchestra. Besides the obvious novelty of the whole thing, the music stands on its own and is worthy of being considered among Metheny's most important works.

No better way to honor the legacy of Etta James (who passed away this year) than buying this collection of her best late work? The 1997-2006 package includes Love's Been Rough On Me (my personal favorite), Life, Love And The Blues, Matriarch Of The Blues, Burnin' Down The House, Let's Roll, Blues To The Bone, and a bonus disc with Live From San Francisco (recorded in 1981). Let me just rephrase that "best of her late work" line: her late work was her best, and this collection is the proof. There. I said it. 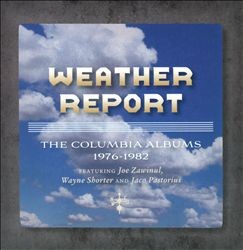 Black Market + Heavy Weather + Mr. Gone + 8:30 + Night Passage = Jaco-era Weather Report = some of the greatest jazz-rock albums ever recorded. An absolute must for a band that doesn't sound dated a bit.

Dude, if you're going to make a Tarantino film, you should do it well. At the very least, get this retrospective and understand why he's arguably the greatest dialogue writer in Hollywood (and beyond) and unarguably the director who more clearly understands the power of a soundtrack. Go see Django Unchained now, but always come back to this box.