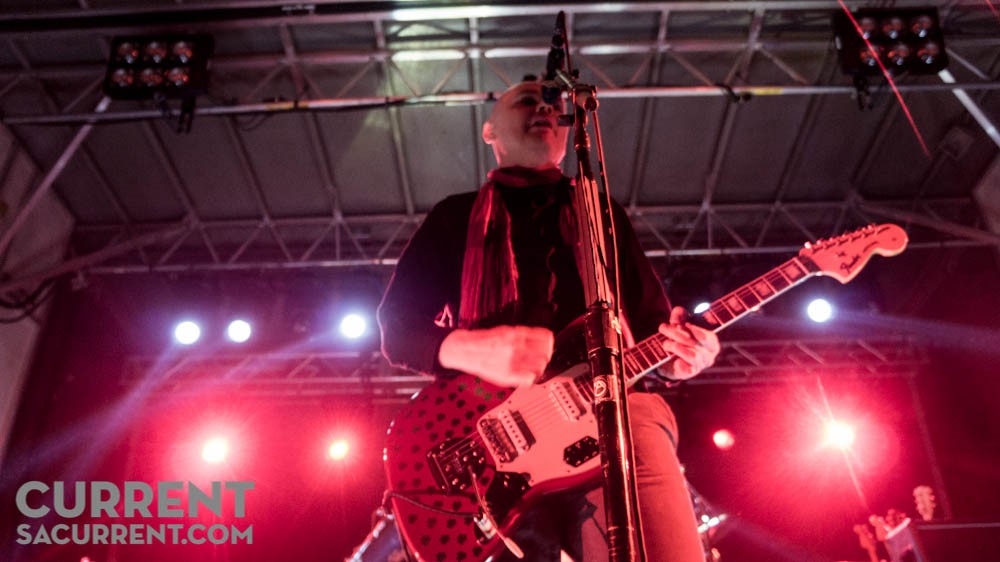 Billy Corgan celebrating his birthday in Austin at SXSW. Photo by Jaime Monzon.

Red Bull had been hyping up a surprise guest for their Saturday showcase and there were rumors that the Smashing Pumpkins were coming to SXSW, so it was no surprise when they announced them as the headliner, with San Antonio's own Girl in a Coma as one of the openers.

I arrived at the Austin Convention Center early afternoon and the line was already wrapped around the building where the show was going to be.  Doors opened at 8pm and at 3pm the line was about 200 people already.  Obviously these were the die-hard Pumpkins fans.

I came back at 7:45pm to the door staff telling the girls giving out the entry bracelets that they could only allow 500 people in.  After that, for every 50 people out, they would allow 50 in.  The line was way more than 500.

The Smashing Pumpkins finally came out about midnight.  For nearly two hours they played cuts from all their albums, "Bullet with Butterfly Wings', "Cherub Rock", "Disarm", "Ava Adore", "Starla", "United States", "Oceania" and even pulled out David Bowie's "Space Oddity".

Billy announced his band had been celebrating his birthday all week, and that it was actually that day.  It certainly looked like he was enjoying his birthday, as he was all smiles throughout the show.

Thank you Smashing Pumpkins for such an intimate show with great music.