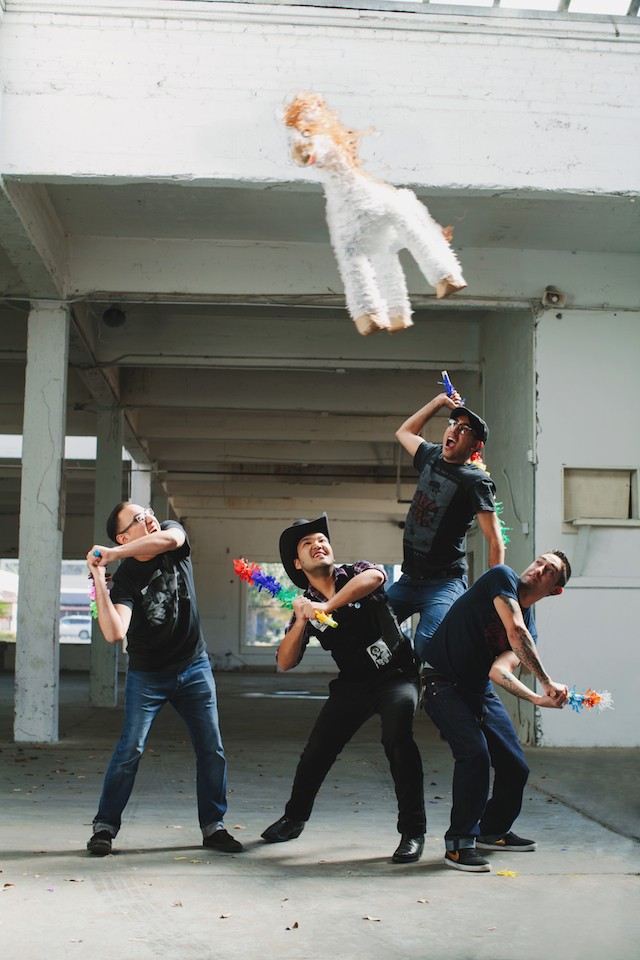 El Valiente, Piñata Protest’s brand new recording, officially comes out May 21, but you don’t have to wait that long — it has been streaming since May 12 on NPR’s First Listen.

The nine-song EP includes Piñata-styled conjunto-norteño-punk covers of immortal classics like “Volver, Volver” and “La Cucaracha,” plus new hits like “Vato Perrón.” Produced in Austin by Chris “Frenchie” Smith, it was recorded in three days (“and the first one was setting up,” said drummer J.J. Martínez) and was jointly released by SA’s Saustex Media (physical) and LA’s Cósmica Records (digital and Latin market, including Mexico). It is also the first album with Faith Radle (Girl in a Coma) as manager.

“This is the best lineup we’ve ever had, and probably the last,” singer/accordionist Álvaro del Norte told the Current. “This time, everybody is solid and everyone wants the same thing.” Besides del Norte and Martínez, the band now has brothers Matt and Marcus Cazares on guitar and bass, respectively.

The band will present the album with a show at White Rabbit on May 24, headlining a bill that includes Los Diferentes del Norte and Nada Más Basura.

Look for the Piñata Protest feature in next week’s Current.