The Piñata Protest team doesn't do anything in a conventional way, so even though the first single of El Valiente, the band's new EP, is "Tomorrow, Today," the first video associated with the new recording is this crazy version of "La Cucaracha."

"I saw a video of a guy going through a tour of hipster Brooklyn," video director Jim Mendiola told the Current, "so I wanted to do something similar but take a more rasquache trip through the Westside of San Antonio."

The video was made for less than $50 over several days, in sessions of a little over an hour each. The fast-moving parts were made up of about a thousand photographs Mendiola put on a Final Cut Pro timeline (one photo per frame, 24 frames per second). The low rider bike belongs to bassist Marcus Cazares, and the video is full of references any true Chicano will be able to detect.

"The idea was to reference as many roaches as possible, including a brief shot of Oscar Zeta Acosta's classic Chicano movement-era novel Revolt of the Cockroach People."

El Valiente officially comes out on Tuesday, May 21, but you can listen to it here.

Read the Piñata Protest feature on the Wednesday, May 22 edition of the Current, and see them live May 24 at the White Rabbit. 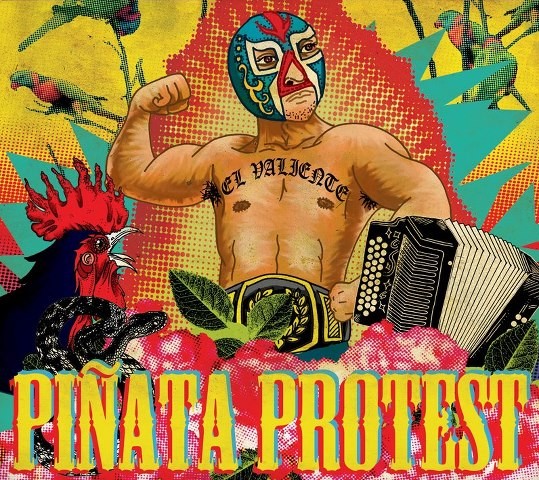