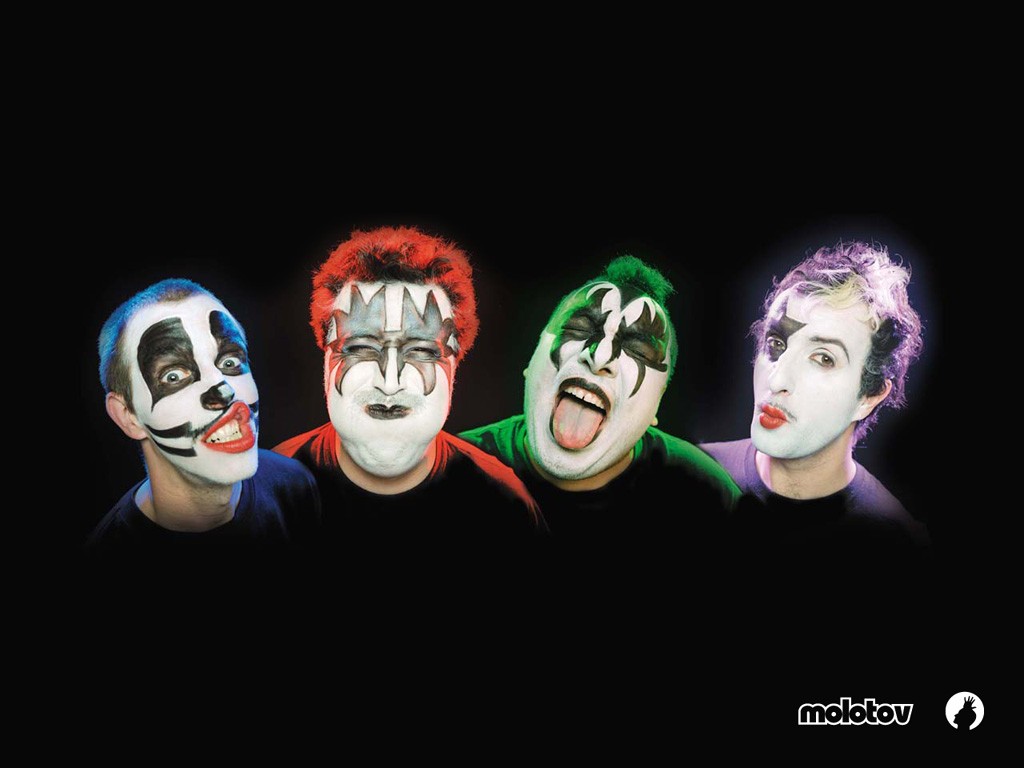 Every single album by Molotov has indelible classics, but if I'm asked what the five most representative songs of the Mexico City quintet (playing at the Korova on Tuesday, August 6) are, I always end up in the same place: four tracks from the first album, ¿Dónde jugarán las niñas? (1997), and one from my personal favorite, Dance and Dense Denso (2003).

"Latin vote" is a call to arms to Latinos everywhere to speak up and fight against racists. It simultaneously calls for the "equality of the races" and denounces whites as "the only race I truly hate." And this was probably the most lightweight song in the album.

And indictment of Mexico's corruption in the police and political class.

What starts as a "fuck you" song to an ex lover, ends up as a mega "go to hell" hymn against all those people we could live without, including your mother-in-law, TV giant Televisa and... Molotov itself.

OK, here's when things get tricky. Originally thought to be a homophobic song, the term "Puto" (which originally, yes, means "fag" and can be used against homosexuals if you're a complete asshole) actually applies to any jerk (male or female, gay or straight) who takes food from your table. At first, the song was denounced by gay groups in Spain, but in Mexico it became a huge hit in LGBT clubs. My bet: when they play the song at the Korova, the place will explode and everyone will be singing along.

The 2003 Latin Grammy winner for Best Video is Molotov's hardest kick in the pants to The Man. "Aunque nos hagan la fama/de que somos vendedores/de la droga que sembramos/ ustedes son consumidores," they say, roughly translated as "Even if you accuse us of selling, you [Americans] are the consumers of the drugs we make."