One Direction movie opens at Santikos 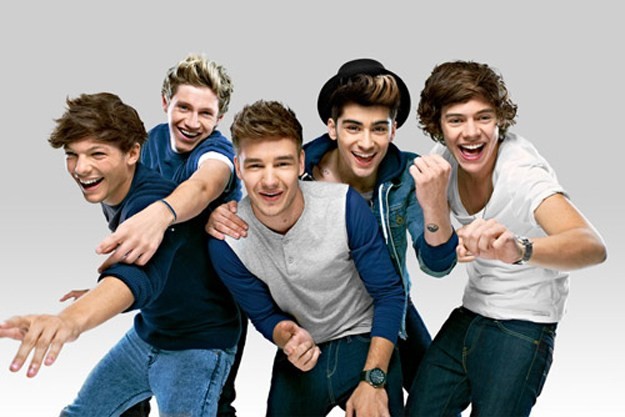 The advance "press" screening for One Direction: This is Us—the 90-minute 3-D concert-interview film of the hugely successful British boy band, opening August 30 at Santikos—was filled with teenage girls who were singing and screaming before the movie even started. After the movie was over, they were even happier: the movie delivered exactly what they wanted to see.

This is Us is as predictable as you can imagine: you see Niall, Zayn, Liam, Louis and Harry's meteoric rise to fame after losing at The X-Factor; you meet their working-class families; you see them in concert all around the world; you see how down-to-earth and clean they are (they don't seem to have time for girlfriends, nor interest in them), and you hear one time too many that they achieved that kind of success even sooner than the Beatles (which is a true fact, sadly).

In spite of all of its EPK qualities, the film (directed by Morgan Spurlock of Super Size Me fame) does score on three areas (not counting the superb 3-D in the concert scenes): it clearly shows, without telling, the unique way in which One Direction was able to triumph in spite of the fact that none of its members are great singers individually, but, together, form a solid 5-part vocal harmony machine that doesn't require of an elaborate choreography to win people over (in fact, they don't dance, period). Musically, unlike similar groups, One Direction relies mostly on soft rock, not pop, and in the interviews each member is perfectly aware of the fact this is it for them, and they'll never make as much money or have as much fun as they are having now. It's all going to end and, for that, I'm grateful.

One Direction: This is Us