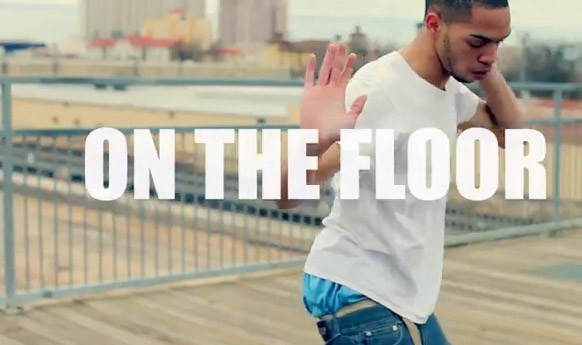 Everything about this video is insane. Especially the fact that much of it was filmed on the Hays Street Bridge. http://youtu.be/iq_d8VSM0nw IceJJFish, a 19-year-old who is either "the next Usher and Chris Brown,"  or at least the next "Chocolate Rain" guy, filmed the video for his "On the Floor" song (if you can call it that) on the Hayes Street bridge recently and released it via hip-hop website ThatRaw. It's garnered more 660,000 views in the past three days and already has sites like Huffington Post clamoring for some of that Fish click bait. "It’s like William Hung mated with Drake and out popped a singer (?) who constantly looks at the floor," wrote Mike Duquet for Uproxx.com. [The True, SA-Based Story Behind IceJJFish’s Viral “On the Floor” Video] Is it serious? To help answer that question, ThatRaw had video hottie Karen Vi read some of the comments left on the video's Youtube and World Star Hip Hop page. https://www.youtube.com/watch?v=7oi1B_GvSDk#t=13 I think a "Fish" dance flashmob is in the Hays Street Bridge's near future.