The True, SA-Based Story Behind IceJJFish’s Viral “On the Floor” Video 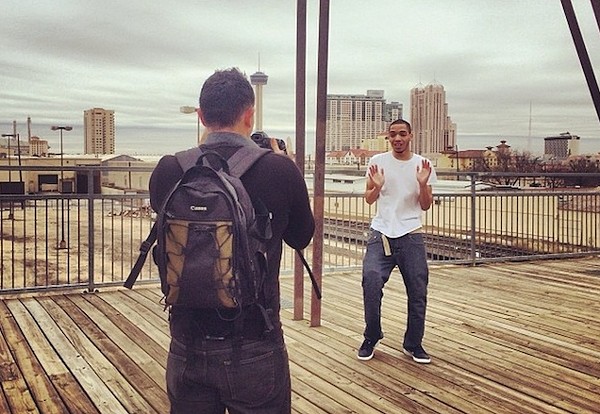 Welp, in case you didn’t already know, we live in a truly exciting (depressing?) time. It’s a time when someone can get just as famous, if not more so, with a confident and terrible voice as they can with a good voice. It’s a time when our society’s ridiculous sense of humor is writ large in the form of three million-plus views on Youtube.com. But don’t worry—this is no thinkpiece some things are just better left unanalyzed.

When Chicago area singer IceJJFish’s video for his awful emo R&B song “On the Floor” first started circulating, and when Current Editor Callie Enlow blogged about its connection to Saytown three days ago, people were equal parts amused, perplexed and angry. Where did this kid come from? Is that his real voice? Does he really think he can sing? OMG, who’s that girl? Who would make a video like this? Doesn’t this make San Antonio look bad? Why is he famous instead of me? OMG, who is that girl?

The question of who made it is answered easily enough. As was reported, the video is produced and promoted by San Antonio-based multimedia entertainment company Thatraw.com. I caught up with Thatraw.com owner Ricky Ortiz over the phone yesterday to try and get some answers to the other important (not really) questions concerning the overnight viral video. 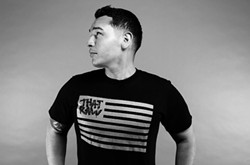 First things first, I wanted to know how Ortiz and his team came to work with IceJJFish. “We had seen him on Youtube doing various things (especially his cover of Robin Thicke’s “Lost Without You”), and thought he was hilarious. We knew he hadn’t nearly reached his peak in views, so we reached out to him, flew him in from Illinois, showed him a good time and he agreed to let us make three videos for him,” Ortiz tells the Current. The first of these three videos, the decidedly less LOL-worthy “No Topping You,” was released on January 7 and, of course, the second is “On the Floor.” One can’t help both anticipating and dreading video number three.

The next most pressing matter of concern (not at all pressing or concerning), is Mr. Fish’s limp, quaking and excruciating vocal delivery, which most resembles a wounded sea bass flopping haphazardly around the deck. When I ask Ortiz, who clearly sees The Fishy One as a humorous artist and not a talented singer, what gives with the guy’s voice, the tone of his reply suggests he wants to be careful. "He's got a unique voice. It's not good, but when I listen to his album [Joy] I don't get annoyed, I just think it's funny and entertaining."

Far from making the Alamo City look bad, Ortiz contends that it’s no slight to a city to have a hilarious viral video produced there and that, furthermore, people need to “lighten up and recognize comedy for comedy, it’s not like we’re saying he’s the next great singer.” But it is video vixen (and Thatraw.com promotional model) Karen Vi who has the most perfect response to anyone worried about our city’s reputation. “I mean we get bad press for teenage pregnancy and for obesity,” she notes, “this is just a fun video for entertainment, I don’t see how it would make the city look bad.” Touché Vi, touché.

Miss Karen Vi, who was kind enough to speak with the Currentyesterday as well, is arguably (not arguably at all) the star of this video. Mostly, I just wanted to get a sense of who she is and how all this madness is affecting her. A Communications major at an area university (no I won’t tell you which one, creeps!), Vi is committed to her education even as she pursues career options in modeling and, generally speaking, “the entertainment industry.”

When I ask her about her involvement in the video, she laughs and says “it was a blast, especially when [IceJJFish] was singing in my face over and over.” As crazy as the internet reaction to the video has been, it has been largely positive on Vi’s side. She reports people being supportive of her and her good-humored interpretation of the “Fish Dance” (which occurs around the 2:40 mark and is almost as notorious as IceJJFish’s voice).

“I think people can identify with how secure with myself and down to earth I am,” she observes. For anyone thinking that she just used this video as an opportunity to make herself famous, Karen Vi doesn’t mince words “it’s not like it’s a sex tape.” For my money, it is her delivery in the video and the comment reading session posted later that really sells the hilarity of the whole thing.

With the comedic intent of the song/video fully established as far as Karen Vi and Thatraw.com are concerned, I couldn't help but asking both of them if IceJJFish is in on the joke. Are we laughing at a guy who legitimately believes he can sing or laughing with someone who knows his voice is so torturous as to be considered hilarious? Both Vi and Ortiz claim that, while he really makes you believe that he's all about his voice, IceJJFish (who couldn't be reached for comment) must know that what he's doing is mostly producing laughs and head scratches. Perhaps he's trolling us all or perhaps he's sadly delusional, but for Vi there is little difference. "Either way he's getting noticed and people are listening, so more power to him," she chuckles.

For his part, Ortiz roundly denies that his company is taking advantage of a confused dude. He reminds me of the fact that Thatraw.com has only agreed to do these three videos with Señor Fishy-Fish and that the artist is already receiving attention and offers that he wouldn't have without the viral "On the Floor" video.

Ortiz is also quick to mention that Thatraw.com does have a more serious side and that they plan to use the exposure from their “On the Floor” viral coup to catapult more specifically local artists and models into the national spotlight. Calling all future Fishies!
So what are we left with? A harmless and hilarious viral video that has seemingly changed things for the better for all involved. So go ahead, get your LOL on. And be sure to get in touch with Thatraw.com if you are an aspiring local singer, musician, or model looking to focus the (surely fleeting) national spotlight on something a bit more serious, like yourself.