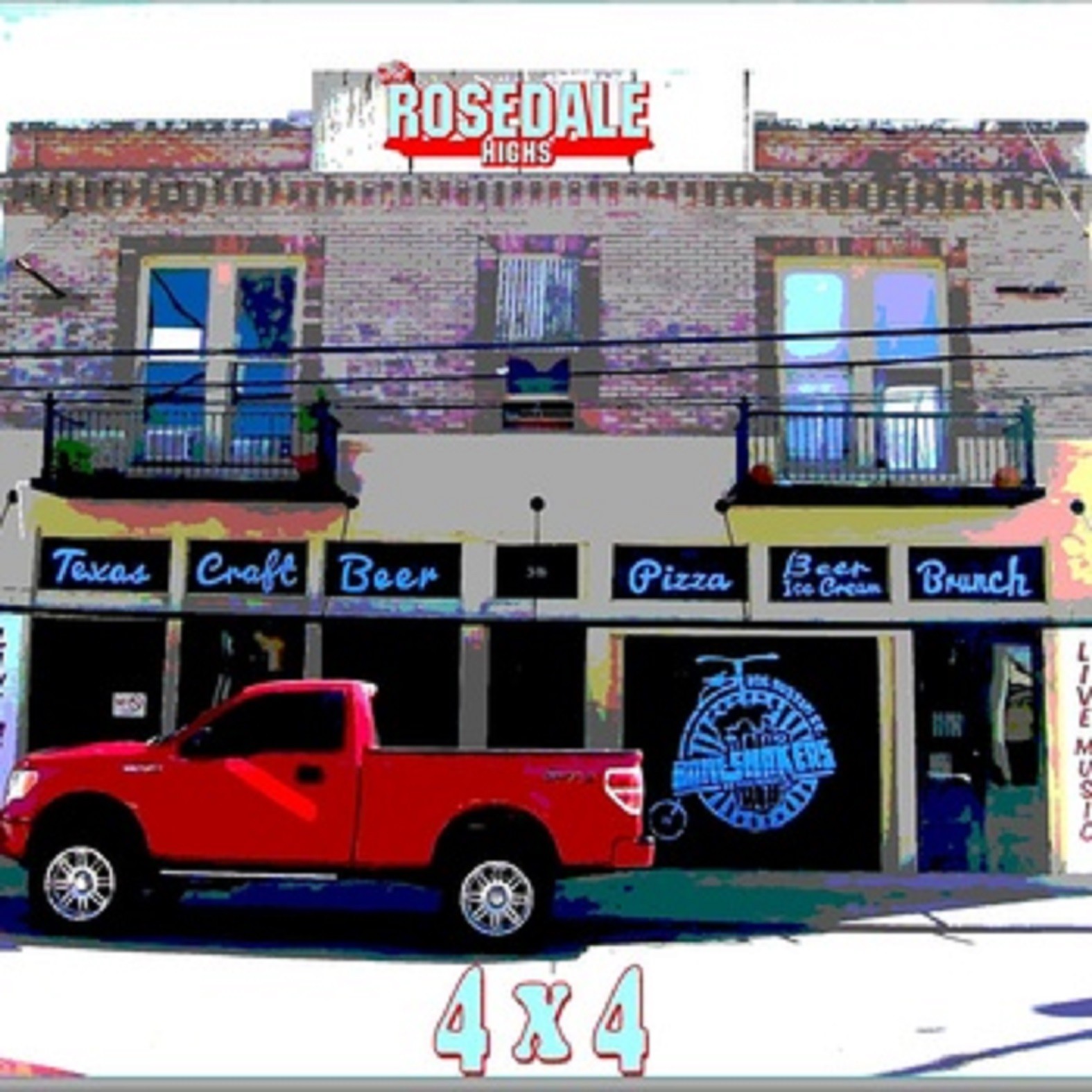 The Rosedale Highs, a garage-rock via power-pop quartet that has become one of the stalwarts of the SA scene, released their latest effort as something of a surprise yesterday. The new EP, 4x4, is a follow up to 2012’s solid Go Down LP and showcases a band that learns fast.

4x4 was written and recorded in a way that is unique to the band—to most bands for that matter. As singer/songwriter/guitarist Jason Trevino explained to me, “4x4 stands for 4 songs by 4 songwriters. Each [band member] did [their] own song and essentially had the band back them up. It is definitely a departure from the way we usually work.”

This approach, however, turns out to be more than just an interesting idea. Even in its brevity, 4x4 is a tornado of a rock release, with winds blowing in every direction yet held loosely together by a nexus that can only be the boys’ love for the Beatles. Unlike previous Rosedale Highs releases, however, this work seems to rise above the fascination with the Fab Four and truly reach new ground for the band. Drummer Samuel Amador’s contribution, “Get Over This,” is the strongest song on the EP with its plaintive delivery and twangy edges. Another instant standout track is the sizzling southern rock-ish love song “Someone like You,” which was written by lead-guitarist Santiago Martinez.

A neat concept and swell little album, 4x4 is well worth the four bucks you’ll spend for it at the Rosedale Highs Bandcamp. And, at some point, we’ll need to petition the group to write all of its records this way.