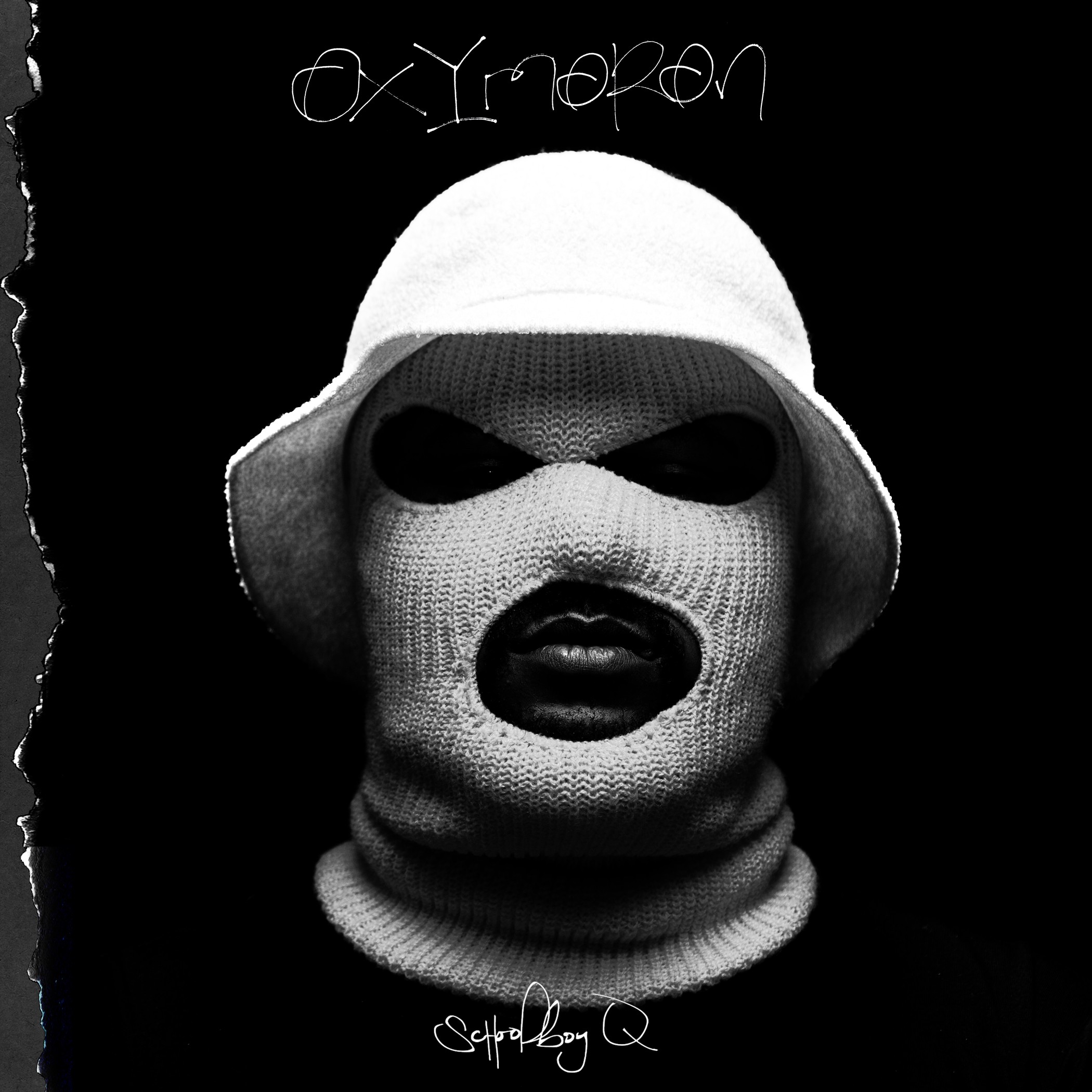 To those in the know, Schoolboy Q has been an established hip-hop force since his generally brilliant 2011 LP Habits & Contradictions and a slew of killer verses as part of the Black Hippy collective. Despite all this, Q has played Scottie Pippen for most of his career, backing up his label-mate’s true Top Dawg, Kendrick Lamar. Oxymoron, Q’s third full-length, isn’t a move to overtake Lamar so much as an attempt to annihilate any similarity to K.Dot. Q doesn’t try to outdo with word-play or self-conscious lyricism; he’s got other concerns. How else to explain an opening track with the hook “Gangsta, gangsta, weed. Gangsta, gangsta, G.” Just about every song stays locked in this pussy, pieces and pills lane, best shown on “Blind Threats” and “Collard Greens” (helped in no small part by a Lamar guest verse.) To his credit, Q succeeds in coming off as the hardest dude ever to rock a bucket hat. But then what is the Oxymoron here, the glorified gangsta lifestyle, or Q’s claim that he lives it? The few occasions when he delves into this more introspective turf—”Prescription,” “Hell of a Night”—produce some of the record’s most compelling material. There really isn’t any sense over-thinking it though. Oxymoron aspires to be nothing more than a party record, and taken as such, it hits the mark.