Miles at the Fillmore: A live peek into the mind of a genius 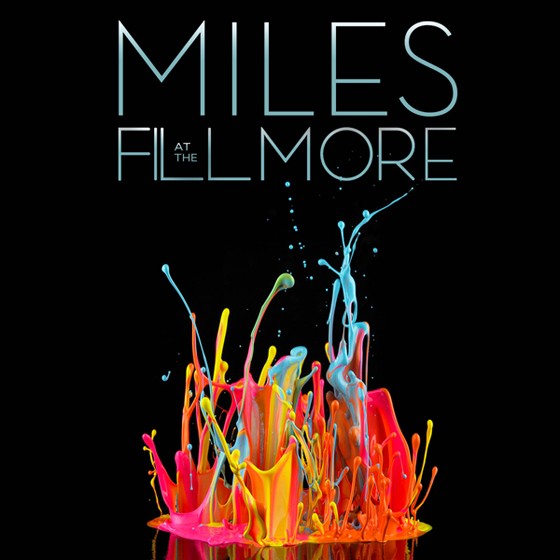 To dive into the early '70s dates of trumpeter Miles Davis is like throwing yourself into the bullfighter's ring with no sword, no cape and no training, victim to the rhythms of Miles' bloodsport. It's raw, unrelenting and spiritual music, extraordinary in its ability to move from textural ambience to avant-funk scorchers. In the summer of 1970, shortly after the recording of his game-changing Bitches Brew, Miles assembled a new and vivacious crew of young musicians, documented here in the re-issue live album Miles at the Fillmore.

Part of an ongoing project shedding light on live bootleg material, Miles at the Fillmore offers an unfiltered look into Miles' ever-changing musical mind at one of the most exciting points in his career. Though some of this material was released (and heavily edited) in 1971, this reissue exhibits each night of Miles four day stint at the iconic Fillmore East in June of 1970.

Off the heels of his Second Great Quintet, by 1970, the 44 year old Miles was restlessly searching in the new land of electronic music, carving his way through the cutting-edge instruments and synthesizers made popular in the late 60s. For the Fillmore concerts, Miles paired Keith Jarrett on the electronic organ with wildman Chick Corea on Fender Rhodes to exude a haunting textural base from which to grow. To help structure the evenings, bassist Dave Holland, saxophonist Steve Grossman and percussionist Airto Moreira stay relatively grounded on their instruments, pending the occasional skronking burst from Grossman's horn.

The real highlights on Miles at the Fillmore emerge from the trumpeter himself, in prime first-chair form before his playing became less solo-centric on later live and studio dates. Davis' horn cuts through the sonic storm like a determined bolt of lightning, proud and sure of his new directions in music. But Miles' new drummer, Jack DeJohnette, might be the most exhilarating musician onstage at the Fillmore. Blending the emerging beats of funk with the anti-rhythms of his predecessor Tony Williams, DeJohnette is as unpredictable as he is great.

Throughout his career - and as his memoir confirms, his personal life - Miles Davis did exactly what he wanted to, not caring for established rules or structure. Like 1949's Birth of the Cool or 1959's Kind of Blue, Miles' work in 1970 was breaking down the limitations of what jazz could be. The material on Miles at the Fillmore proves that his 1970 revolution was much more violent than his previous upheavals.