5 Concerts to Catch this Weekend 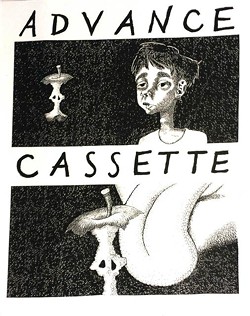 Saytown alt-rock outfit Advance Cassette—a four-piece known for delightfully fuzzy, mid-tempo rock jams that surprise with delicate touches and satisfy with a kind of plodding and dampened aggression—will celebrate the release of their debut EP Plain View this Friday at Limelight. Fans of early 2000s indie rock and the more radio-friendly side of mid-1990s grunge will not want to sleep on this show or this EP. In keeping with a recent local tradition of absolutely stacked album release shows, the boys in Advance Cassette will be supported on the bill by Austin bands Hereticks (complex, high-energy rock) and The Zoltars (dark and brooding experimental pop-rock), as well as local favorites The Rich Hands (garage snarl) and Mount Sherpa (instrumental psych meandering). It’s a stellar and diverse line-up that makes a great argument for arriving early and staying until the end.

Named after a layer of plasma in Earth's atmosphere, the Van Allen Belt make appropriately spacey synth pop, tunes for Neil degrasse Tyson to dance to. Pittsburgh's Van Allen Belt borrow Motown melodies and place them in computer pop context, with synth and string arrangements that work surprisingly well together. As Dreamboat, Aaron Bergunder flows in the new wave of indie R&B led by How to Dress Well and the Weeknd. It's pretty much exactly what you'd expect from a band called Dreamboat: PBR&B dance numbers sung with rabid libido over Johnny Jewel keyboard lines. SA's Creatura will also perform, playing from their recent EP Open the Door.

"Various Artists of the Future"

On the event's Facebook page, Collective claims that "Various Artists of the Future" will be their final concert. If so, this Saturday evening is final chapter of one of San Antonio's most experimental and DIY venues.

Shredding his way through the standards of southern blues-rock (and writing a few of his own along the way), Joe Bonamossa's recordings are marked by an extraordinary commitment to audio fidelity. With the audiophilic Majestic Theatre hosting Joe this Saturday, expect some crisp, clear blues licks.