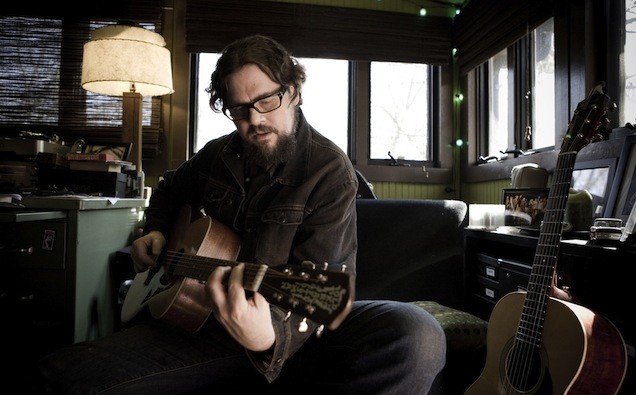 Drive-By Truckers are an alt-country/rock powerhouse from Athens, Georgia. With musical chops aplenty, sonic balls to spare, and two great songwriters at their helm — the Truckers are poised, at this point in their highly indie-successful career, to just keep improving on a good thing. The group’s tenth album, English Oceans released back in March, is probably the best work they’ve ever done.

Ringleader Patterson Hood was kind enough to speak to the Current recently. Check out a few highlights from that interview below and don’t forget to dig Patterson and company live at The Aztec next Wednesday April 30.

On his relationship with Country music and Texas music:

“I love the real thing. Love it. The stuff I like — people call it called alt-country, but to me it’s country. The stuff that gets called country nowadays isn’t really very country. It’s more like the Eagles or something or, I don’t know, it’s like some kind of teenybopper version of country. Maybe there’s something I’m missing, I don’t know. But I like anything where people are writing good songs and have something to say. Really in all genres there seems like a pretty big gap between what’s good and what’s getting all the attention. Texas has always had its own genre of music and some of my favorite artists have come from that. I love John Dee Graham and James McMurtry and Alejandro [Escovedo]. Some of my favorite artists of the last 40 years are Texas artists.”

“It’s worked out to be an overall positive thing. If for nothing else than for it bringing us to where we are now. I mean, now we really have a killer line-up. It’s probably my favorite in the history of the band. And that’s saying a lot because I am proud of all of our line-ups and all the people who’ve played with us. I am really proud of all of the records we have made.”

On deciding to keep pressing forward as the Drive-By Truckers, even amid line-up changes, solo albums and a few less than impressive outings:

“We got to the point of asking: are we gonna continue? And if not what do we do? And if it comes down to starting over, who do I do that with? Well, I’d really like to keep playing with [Mike] Cooley. I mean, we’ve played together for 29 years and it’s better between us musically and personally than it’s ever been. It’s fantastic. Hell, he plays on two of my solo records, so I obviously love playing with him. And I’m just such a huge fan of the songs he writes. They’re gems. And then the other guys are in my solo band too, so it just seemed natural to continue the Truckers.”