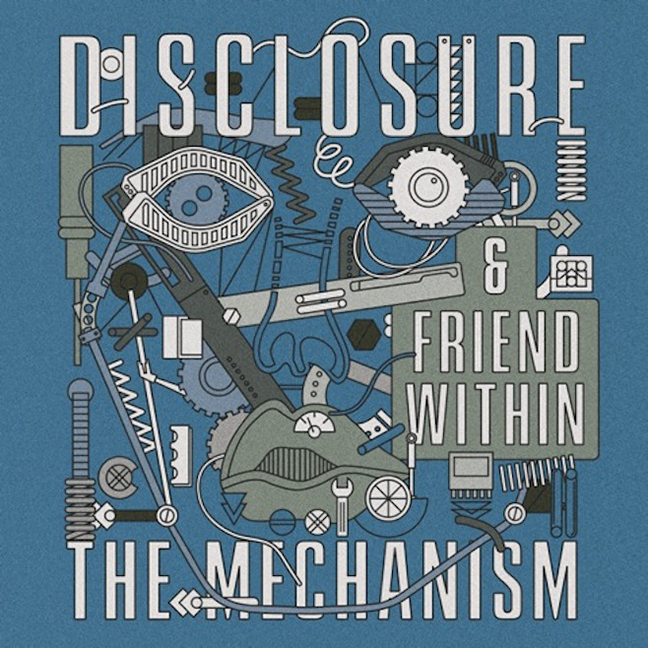 A collaboration between British sibling duo Disclosure (Guy and Howard Lawrence) and rising Liverpool-based producer Friend Within, the single "The Mechanism" was released in the UK on April 15 and has been percolating on music blogs and podcasts ever since. While it's not as immediately infectious as some of the tracks on Disclosure's Grammy-nominated 2014 debut LP Settle, "The Mechanism" seems to get get better with every listen and has generated a hefty buzz for the enigmatic Friend Within, who's previously remixed tracks for the likes of Fenech-Soler and Mausi. Check it out below.