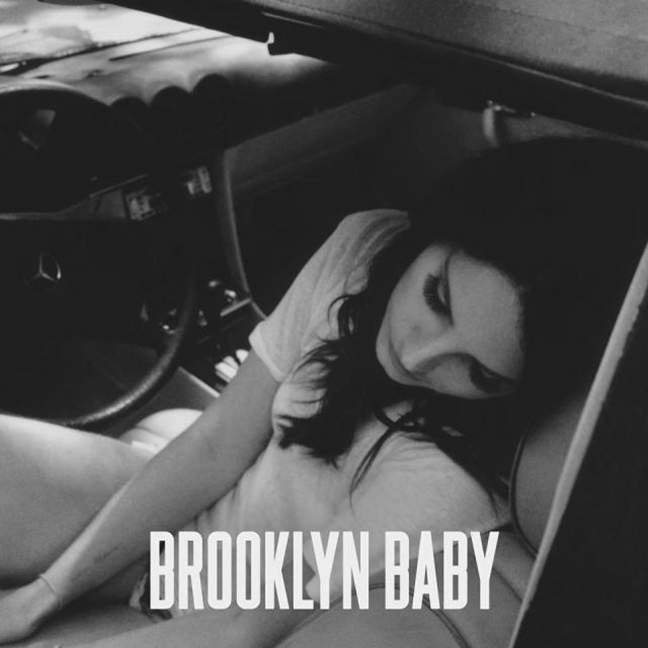 The hype surrounding singer-songwriter Lana Del Rey’s forthcoming sophomore LP Ultraviolence has been brewing ever since the 2013 premiere of her short film Tropico (an Adam and Eve scenario involving John Wayne, Jesus, Elvis Presley and Marilyn Monroe). Recorded in Nashville at the Black Keys frontman/Grammy-winning producer Dan Auerbach’s Easy Eye Sound (with the new Queen of Sadcore singing live backed by a seven-piece band), the album, due out June 17, comes with a Parental Advisory Label and songs with such straightforward titles as "Fucked My Way Up to the Top," "Florida Kilos," "Old Money" and "The Other Woman." With “West Coast,” “Shades of Cool” and the title track already available for purchase on iTunes, Del Rey released a fourth single, “Brooklyn Baby,” over the weekend. It’s not as much of a departure as the slightly gritty “West Coast” (check out the Vincent Haycock-directed video below) but “Brooklyn Baby” delivers what Rolling Stone described as “a little poke at the regional music scene” via lyrics like, “Well my boyfriend's in a band/ he plays guitar while I sing Lou Reed/ I've got feathers in my hair, I get high on hydroponic weed."