Vans Warped Tour celebrating 20 years In recent years, Vans Warped Tour has come under scrutiny from its base of purist punk and hardcore acts, claiming the touring festival has abandoned its roots. Punk legend Keith Morris recommended that the new wave of Warped bands should spend time in the military, "rather than having some big, ultra mega record company giving them lots of money and paying for their hotels and buses, making sure their hair is trendy, and that they are wearing the proper clothes that all the kids like and wear, and all that fun shit." With the skyrocketing popularity (and economic pull) of EDM, the sound of the festival has, ahem, warped in recent years. Though Warped has pulled away from its roots, it remains true to its teenage audience. "Warped Tour is a place for teenage kids to go and hear all their favorite bands in one day," said Rob Pasalic, guitarist for Warped mainstays Saint Alvia. "It wouldn’t make sense for it to be the same tour in 2007 as it was in 1997." With those words in mind, here's our picks for Saturday's festival. Also recommended: sunscreen and water; there's an expected high of 96 degrees.

When Nikki Sixx of Motley Crue tweets out “Digging ACIDIC’s song Copper Man Just picked it as my Sixx Pick,” you must be doing something right (side note: Does Nikki Sixx make Sixx Picks for everything? Meals? Romantic companions?). ACIDIC’s fourth LP Chronic Satisfaction roots itself definitively in the hard rock legacies of the ‘80s and ‘90s, equal parts “Dr. Feelgood” and “Mountain Song”.

Warped Tour has never been averse to including new, if only temporary, genres: crabcore, cybergrind, splittercore, etc. 2014’s induction to the Unnecessary Genres Hall of Fame includes chiptune, integrating pop punk with 8-bit video game soundtrack samples. Chiptune will be represented Saturday by I Fight Dragons, a Chicago septet that samples the Game Boy and NES.

LA’s Terror keep the hardcore flame burning at Warped Tour, holding down the heavy roots of the festival and the legacy of LA’s famed SST label. Active since 2002, the California quintet made a solid dent on the Billboard chart with their 2013 release Live by the Code. 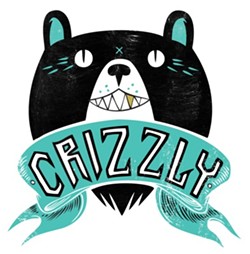 SATX native Crizzly If Four Year Strong represents the festival’s pop-punk present, EDM producer Crizzly represents its future. A Boerne native, Chris Lee Marshall defines his party-pumping beats as “crunkstep,” which involves remixing rap hooks with dubstep drops. It's a consistent and highly successful formula, with each Youtube remix garnering views in the hundreds of thousands. But, like all EDM, Crizzly's music is best experienced live, where the producer becomes a