Covered N Money: what to know about ATL’s Future

The rap world is a fickle place. Though T-Pain helped bring Auto-Tune to the forefront of hip-hop, he eventually became ridiculed for it, and with gusto. In a recent Vlad TV interview, T-Pain recalled a studio date with Kanye West in which Yeezus wrote an Auto-Tune hook trashing T-Pain and made the who’s who of studio producers sing along admittedly, “with a real nice tone.”

Meanwhile, Future’s Auto-Tune appropriation has made him a multi-millionaire and critical darling, using T-Pain’s toy to a much different effect. Of course, where T-Pain used Auto-Tune as a crutch for his club rat hooks, Future warbles the pitch rapidly up and down, emitting odd, extraterrestrial odes to complement his rhyming chops.

Born Nayvadius DeMun Wilburn, the Haitian-American Future moved to the hip-hop capital of Atlanta at seven years old, getting involved with the Dungeon Family collective (Outkast, Goodie Mob) at a young age. With support of first cousin and Dungeon Family founder Rico Wade, Future signed to A-1 Recordings, jumpstarting his rise up ATL rap and towards the FM band. By 2011, Future wrote YC’s incredibly annoying hit “Racks” and earned a spot on the Epic records roster for his 2012 debut LP Pluto, an impressive debut composed of equal parts Gucci Mane and T-Pain.

Earlier this year, Future released the long-delayed Honest, an improvement in both style and form. On his star-studded sophomore effort, Future hones in on his one-man genre of faded Auto-Tune rhymes over Mike Will beats. 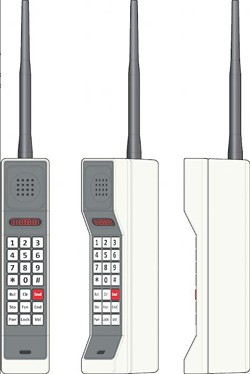 oung n****, move that dope.” Repeat the hook 80 times and you’ve got yourself one of the simplest and most successful rap singles of the year. But where most minimal rap refrains keep it dumbed down for instant radio recognition and getting the message across to boozy crowds, “Move That Dope” achieves something quite different: an antithesis to Grandmaster Flash’s “The Message.”

In Future’s video, he submachine spits the hook into an ancient, brick-like cell phone, pressuring the unfortunate young dealer on the other end as he and Pusha T chill on a swank SUV. The party for those who “made it through to the other side” is on full display, but we see nothing of the corner deals and street-level busts that drove Future and Pusha T (or at least their video avatars) to the top of the pyramid.

If Future accidentally penned a street socioeconomic lesson in “Move that Dope,” he and Kanye West airballed the female empowerment angle on “I Won.” In an interview with Pitchfork Media, Future said “I Won” was intended to be “uplifting,” though that’s hard to imagine with a hook that celebrates women as trophies to collect. It’s backwards-ass ass-worshipping at its most base, as proven by the “I Won” video game, in which Future and Kanye lounge on the beach, racking up points by throwing gold chains at bikini-clad women. “Click the left mouse button to toss a chain on your trophy,” the instructions read. “Add them style points to your game!”