Vipers and Doobie Ashtrays: a Texan history of marijuana music 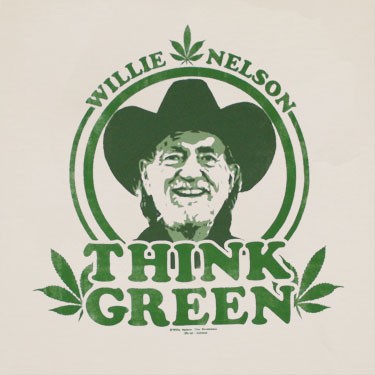 Though the slang has changed, singing about weed has been a staple of Texas music since the early hours of its recorded history. Here’s a brief (and certainly incomplete) retrospective look at songs and artists down for the marijuana sounds.

Most people on the North American continent know the melody of this Spanish-language folk tune, but they may not be familiar with the lyrics’ green tinge. In the Mexican Revolution, Pancho Villa’s supporters altered the first stanza to trash-talk usurping president Victoriano Huerta, a man of notorious vice. “La cucaracha, la cucaracha,” it goes, “can’t walk anymore / because it doesn’t have / marijuana to smoke.” A staple of Texan songbooks since the revolution, “La Cucaracha” has since been recorded by Piñata Protest, Doug Sahm and the Kumbia Kings.

Old school jive update: Viper means a weed smoker, an onomatopoetic for the psst sound of pulling from a joint, a ubiquitous noise among jazz musicians. In 1935, singer Willie Bryant laid down “The Viper’s Moan,” a lively big band tune led by the extraordinary Texan stride pianist Teddy Wilson.

Heavy on reverb and marijuana fumes, Doug Sahm sings the straight-up refrain on this joint from the Sir Douglas Quintet: “Stoned faces don’t lie / Baby when you’re high.” By ’71, Sahm and the quintet had returned from their five-year California exile, arriving as country champions to Austin’s cosmic cowboy scene.

Texas punk legends the Dicks took up Jimi’s “Purple Haze” with fury on their ’83 sophomore release Kill From the Heart. But where the original reads as a marijuana celebration, the Dicks ramp up weed’s anxious effects, giving new meaning to the celebrated psych tune.

On “Bring It On,” from the badass Till Death Do Us Part, Houston pioneers the Geto Boys tout their hard-knock lifestyle, talking weed and “40s of holy water.”

It isn’t a retrospective of Texas marijuana music without Houston weed rapper Devin the Dude. On “Doobie Ashtray,” the Dude raps a melancholy ode to the after-party, when everyone’s gone and someone took the remaining stash. “Why’d they do me that way?” asks an unfortunately clearheaded Devin.

In 2012, on the counterculture holiday of April 20, Willie Nelson and Snoop Dogg left a living will for a very specific form of cremation.