Hasidic emcee Matisyahu has spent the last decade enlightening crowds with his brand of reggae–influenced hip-hop. In recent years, the beard has been trimmed and he’s distanced himself from his heritage, but his flow and inspiring lyricism continue to command his live shows. In the mid-aughts, songs like “One Day” and “King Without a Crown” propelled him into popular consciousness and have become concert staples. Fresh off the release of his fifth studio album Akeda, Matisyahu performs at the Tobin with support from SoCal reggae rockers Radical Something. $35, 8pm, Tobin Center for the Performing Arts, 100 Auditorium Circle, (210) 223-8624 —Erik Casarez

A one-night festival that celebrates local music, Monkey Fest 2014 will go down Saturday at the White Rabbit (2410 N St. Mary's), Hi-Tones (621 E.Dewey), The Mix (2423 N St. Mary's) and Faust (517 Woodlawn). This year's lineup boast a whopping 21 local acts, but we are particularly excited to catch sonic experimentalist Micro Missile Attack at Faust, indie orchestra Deer Vibes at the White Rabbit, ATX space-surfers The Baffles at The Mix and garage-psych rockers The Oblios at Hi-Tones. Whichever venue(s) you decide to hit up—Faust and The Mix are free by the way—you'll be treated to some of the best music the Alamo City has to offer. $5, 8pm-2pm, St. Mary's Strip —James Courtney 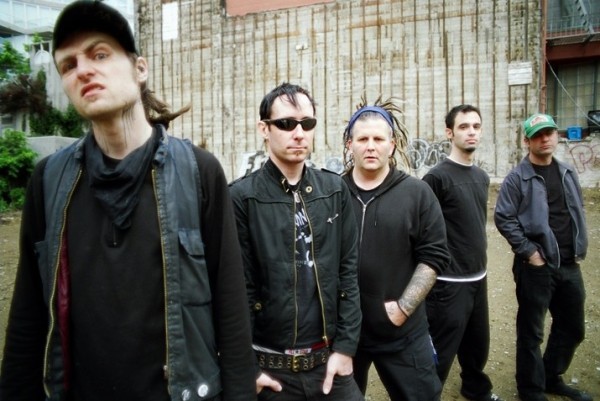 Irreverent ska-punk outfit Leftöver Crack rose from the ashes of Choking Victim, maintaining the furious punk speed and propensity for bad names from the suffocating original band. With Potato Pirates, Juicy Karkass and Rats in the Wall. $20-$22, 8pm, The Korova, 107 E. Martin, (210) 226-5070

Bad taste now has a dictionary picture. Bam Margera of Jackass fame now tours as FuckFace Unstoppable, an affront to human achievement. Check the hook for the dub-rap single "Bend My Dick": "I wanna bend my dick around the back of my ass do I can fuck myself." I guess that skit didn't make it into the Jackass franchise. 8pm, The Korova, 107 E Martin, (210) 226-5070