7 Shows to See this Weekend

Trumpeter Peter Evans is a part of the mid-career generation of jazz artists jumping in on a gig or recording date anytime a laureled player or director calls their name. Unlike the old days, when musicians would incessantly sit in for jazz and blues sessions, musicians like Peter Evans dive into chamber orchestras, electronic music and shows combining avant-garde jazz and performance art. On Thursday, the NYC-based horn player will stick loosely to the jazz on his five solo albums and his seven with the acute quartet Mostly Other People Do the Killing. In 2014, the group recorded a meticulous piece of performance art overlapping in jazz, recreating Miles Davis’ iconic Kind of Blue note for note, raising questions on improvisation, chops and the canon. Evans will perform with trombonist Steve Parker, artist-in-residence at Austin’s Blanton Museum of Art and ensemble director at UTSA. $10, 8pm, High Wire Arts Gallery, 326 W Josephine, (210) 320-5702 —Matt Stieb

A year ago, the folks at Electronic Exhibition announced a monthly series showcasing touring and San Anto artists working hard on their computers and Moogs that weren’t getting proper exposure. A year in, the group is celebrating a sucessful birthday, with music from Baltimore’s Odwalla88, Brooklyn’s Chicklette and SA’s Calico Club. Like Iggy Pop’s “Nightclubbing” or anything Grace Jones ever touched, Calico Club’s Permanent Night is a record about the bar as not only a lifestyle but a creative opportunity: the chance to perform in posture, dress and dance even if you’re not onstage.A poetry slam set to vocal samples and orchestra hits, Odwalla88 is a disorienting combo of noise rap and performance art. On “New Tiger,” Chicklette coils up with a gloomy and chanting trap number, laughing with their finger on the trigger. With DJ sets by PopGuy of Executive Realness. $3, 9pm, Hi-Tones, 621 East Dewey, (210) 573-6220 —Matt Stieb 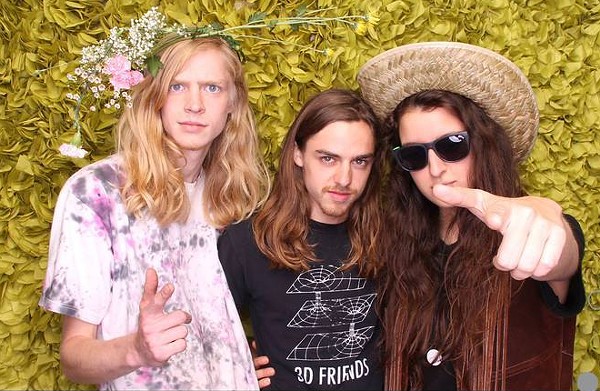 After composing a soundtrack for the award-winning silent film Sunrise, post-rockers My Education’s grand instrumentals and lush scores are silver screen tested. Austin’s Collective Dreams give pure instrumentation the recognition it deserves with proggy post-rock jams. In instrumental post-rock, reverb pedals often whitewash the stuff, making a pleasant, but unmemorable experience—like tossing ketchup on everything in the fridge. On Verisimilitude’s Hippy Eyes EP, the SA trio keeps the effect to a minimum, letting the compositions speak for themselves. With The Last Humans. $5, 9pm, The Ten Eleven, 1011 Avenue B, (210) 320-9080 —Shannon Sweet, Matt Stieb 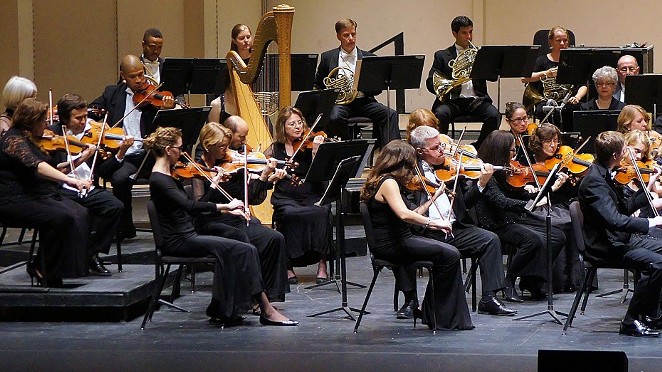 Celebrating its one-year anniversary on Saturday, Creative Creatures is an event series that brings artists and musical acts together in an intentionally eclectic way. Part concert and part exhibit, it’s a fantastic one-stop for getting yourself better acquainted with the local art and music scenes. This weekend’s incarnation will feature over 35 creators, showcasing their talents in art, crafts, fashion and more. For music, we’re looking forward to Tex-Mex flavored, ska-infused, punk rock thrashers Nada Mas Basura sharing the stage with dark and brooding synth poppers Dawn of the Phoenix. $5, 8pm, Fitzgerald's Bar & Live Music, 437 McCarty,  (210) 629-5141 —James Courtney

Recently, a friend asked me the name of “that one ZZ Top song, the one that’s about a brothel.” I replied that he was talking about the 1973 blues rock gem “La Grange,” but I felt like it could have been any of the band’s songs. The trio’s trademark sound almost always calls to mind the sleazier side of life. Maybe it’s their delightfully dirty approach to the blues or those sunglasses that seem meant to reflect the neon lights of some shitty dive. At any rate, these dudes are legends who have been as consistent as any classic rock band over the years—and their live shows really cook. $45-$125, 8pm, The Majestic Theatre, 224 E Houston,  (210) 226-3333 —James Courtney