Dallas' Power Trip May Be the Heaviest Show of 2015 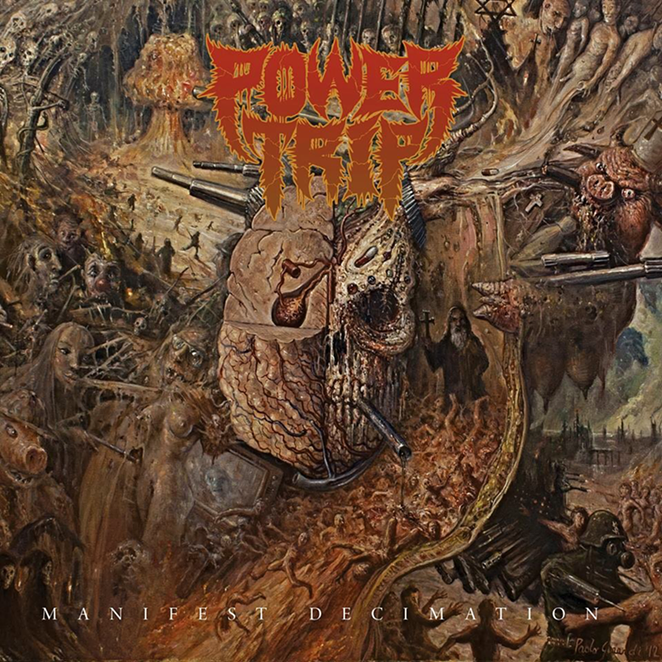 Last year at SXSW, Power Trip received some viral hype thanks to PBS' Everything But the News, their tongue-in-cheek satire of traditional TV journalism. Host Steve Goldbloom reports from a Power Trip show (hosted by Pitchfork's stellar Show No Mercy series), getting tossed in a mosh pit as the Dallas band riffs through an example of heavy thrash.


Poor Mr. Goldbloom — at 36 seconds, you can see the faux-reporter get knocked in the head by a pair of stage-diving Chucks. But if Goldbloom wanted a heavy band to make the joke stick, he made a strong choice, despite the after-show Advil added to the show's budget.

Power Trip plays heavy music in the way that Manu Ginobili is a pretty good off-the-bench option. On their 2013 album Manifest Decimation, the Dallas quintet comes out with hair spinning, riffing through thrash licks with dexterity. The apocalyptic album cover, complete with a seeping metal font, suggests that Power Trip traffics almost in metal and speedy guitar runs. But their eight tracks on Southern Lord Recordings prove that the band is equally as versed in hardcore, with frontman Riley Gale and his backline trading off for gang vocals.