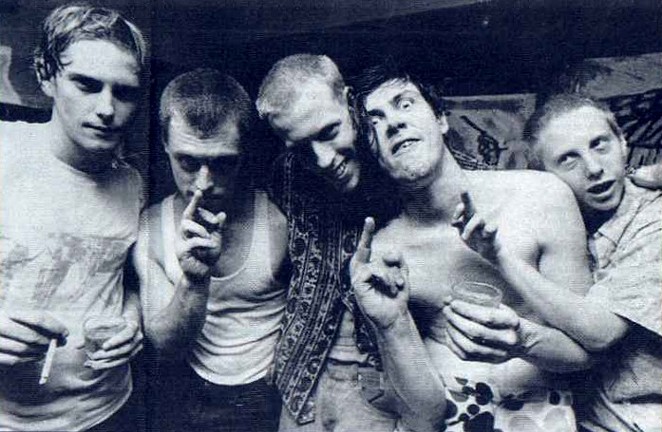 To continue the journey down memory lane, our throwback this week is none other than the iconic Butthole Surfers. Besides the isolated event of the Sex Pistols playing in ’78, the San Antonio punk scene lacked a major driving entity. Enter the Surfers, local heroes and legendary nationwide psych-out punkers.

It doesn’t matter if you call it the Brown Reason to Live, Pee Pee the Sailor, or simply Butthole Surfers, the band’s debut EP is 20 minutes of hardcore punk fury, tongue-in-cheek nihilism and pitch-black humor with splashes of psychedelia. On “The Shah Sleeps in Lee Harvey’s Grave,” one of the Butthole Surfers most explicit, deliciously gross-out songs, Paul Leary, on lead vocals, shouts “I smoke Elvis Presley's toenails when I wanna get high!”

The EP works best if listened to in one setting, because all six of the songs complement each other with mutual freakiness. One does not survive without the other. The Butthole Surfers EP may be the most hard hitting, blissful and messy collection of punk rock in their dense catalog.