Hurray For The Riff Raff At Gruene Hall 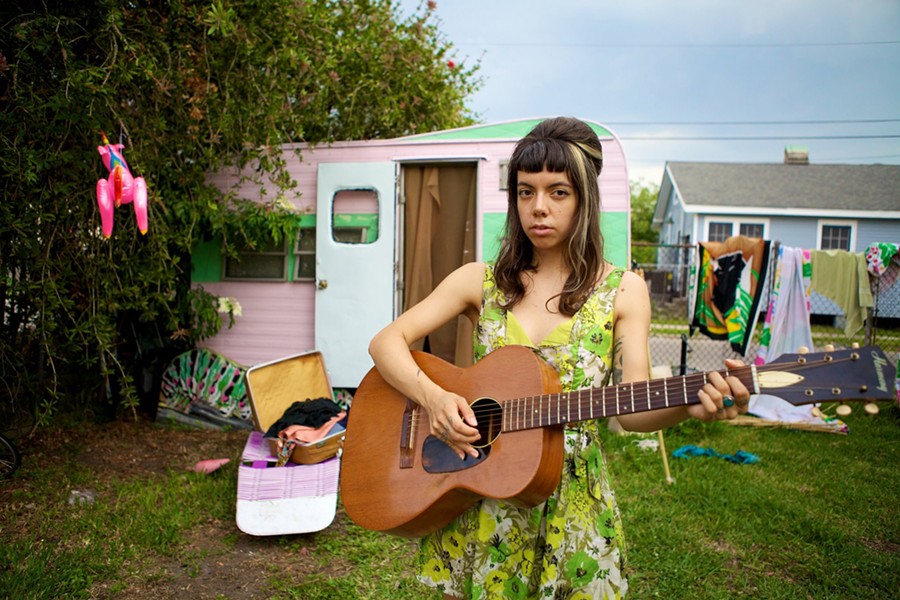 What Riot Grrrl did for punk is what Hurray for the Riff Raff is doing for Americana bred folk. Singer-songwriter mastermind Alynda Lee Segarra, a New Yorker by birth and New Orleans citizen by heart, takes the social issues of queer causes and feminism by the horns, while showcasing strong pop sensibilities.

Segarra is gifted with a rich, emotive voice and a talent for weaving heavy subject matter into sometimes upbeat, sometimes slow, but always enjoyable tunes. She is an old soul in a way as shown through her music style, but her modern philosophies speak volumes in her deeply personal, relatable and humane lyrics.

"My generation really needs music that is talking about the disillusionment and the fear that we're feeling, that we're trying to be too tough to even recognize or talk about," Segarra said in a NPR interview when asked about like-minded musicians.

“Tell me what's the man with a rifle in his hand gonna do for a world that's gone mad?” sings Segarra on one of her most haunting ballads “The Body Electric” Named after the Walt Whitman poem, “The Body Electric” is a powerful cry of protest against gender violence and rape in the style of a murder ballad, but this time from a woman's perspective. Despite an immense catalog of poignant rallying calls in support of the third-wave feminist movement, there is not a single hint of pretension in Hurray for the Riff Raff’s music, but only humble sincerity. Friday, $15, 7pm, Gruene Hall, 1281 Gruene, (830) 606-1281.