From Philadelphia, Japanese Breakfast created a lovely bedroom pop album with 2014’s American Sound. Recorded on the illustrious toys of the Sonic Ranch studio outside of El Paso, Lonely Horse’s pending debut album My Desert Son 2 extends the band’s aesthetic in glorious high fidelity. Diary-personal and thoughtfully arranged, Haley Mills’ output as Delenda makes for great headphones music. In performance, she brings a new dimension to her work, bringing a flavorful answer to the sometimes-stale problem of live electronic music. With Tides. The Ten Eleven, 8pm

Buttercup bassist Odie, with cowboy hat and braided goatee, provides the rhythmic momentum to propel the band through lengthy but quick-moving sets. Singer Erik Sanden jigs, kneels, lays down on the stage, while guitarist Joe Reyes’ solos more than takes up the slack. As the singer of The Silos, Walter Salas Humara came to fame in 1990 with the playful country rock album The One with the Bird on the Cover. 502 Bar, 9pm

No Age guitarist Randy Randall and Pissed Jeans drummer Sean McGuinness teamed up to create Rat Fist, pulling from their successful day gigs to create a new direction in sludgy punk. On May the Thirst Be With You, LA outfit No Parents riffs through the simple and angry punk trailblazed by Jay Reatard. 502 Bar, 9pm

Atlanta’s Whores. navigate through noise and grimy tones on the 2013 EP Clean. The Grasshopper Lies Heavy’s 2014 album All Sadness, Grinning into Flow serves a master class in long droning riffs, expansive textures and the importance of badass amps. The Korova, 7pm

Providence rapper B. Dolan updates N.W.A.’s middle-finger message to cops with “Film the Police,” an anthem on the abuses of power. With Wheelchair Sports Camp, Rubedo, Chisme, Evolve, Mexican Stepgrandfather. The Korova, 9pm 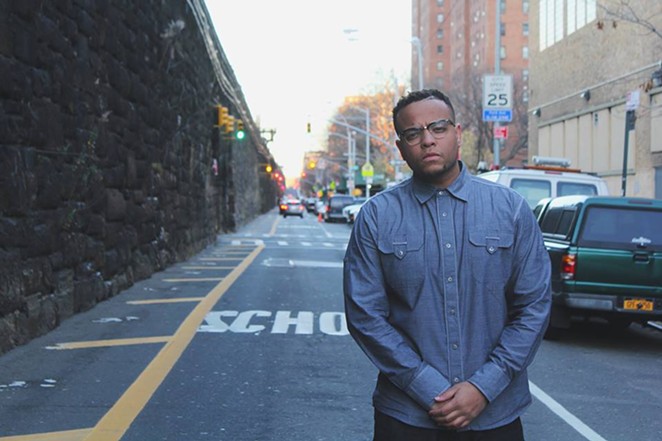 Tennessee songwriter Bobby Bare, Jr. got into the family business at an early age, providing his own twist on his father’s All American blues. First going on the road with his father at the age of seven, Bare, Jr. was nominated for a Grammy by age eight for “Daddy What If,” a duet with Bare, Sr. Sam’s Burger Joint, 7pm

LA duo Holychild trafficks in the self-described genre of “brat-pop,” which includes a heavy reliance on radio hooks and light rhythmic touches of Afrobeat. 502 Bar, 9pm