One positive side effect of all the SXSW spillover shows we see this time of year — aside from the influx of traveling bands — is that they get local bands playing more frequently, too. The SouthXSouthtown Concert Series features both traveling and local talent, and plenty of it (more than 30 acts in all). The four day affair will feature exciting locals like ska-punk act Kill Liberal and Chicano soul outfit Los Nahautlatos, as well as out-of-towners that include Mothercoat, Japan’s answer to Radiohead, and Roz and the Rice Cakes, a lovable alternative pop act from Providence, RI. $7-$20, Thursday 19, 3-11 pm, Friday 20, 3-11 pm and Saturday 21, 12-11 pm, 101, Southtown 101, Pereida, (210) 263-9880 — James Courtney

Splitting his childhood between Los Angeles county and Ocotlan, Mexico, David Barragan began rapping as Olmeca in the 1990s with underground LA outfit Acid Reign. After working as an interlocutor between the leftist Zapatista movement and the U.S., Olmeca returned to the States to try a solo venture in bilingual art. His 2013 album Brown Is Beautiful cleverly blends hip-hop traditions with Afro-Cuban rhythms, whether a hybrid of cumbia and trap or chicano soul and backpack rhymes.

From Southern California, Buyepongo works in party-rocking combos of merengue, punta and cumbia. Singer and percussionist Edgar Modesto drives the cross-cultural display, with emotional energy in his voice and rhythmic blasts from his congo and guacharaca. On saxophonist, Angel Hernandez wanders outside the parameters of Afro-Cuban jazz, with fluttering, angry bee lines reminiscent of Jackie Mclean. 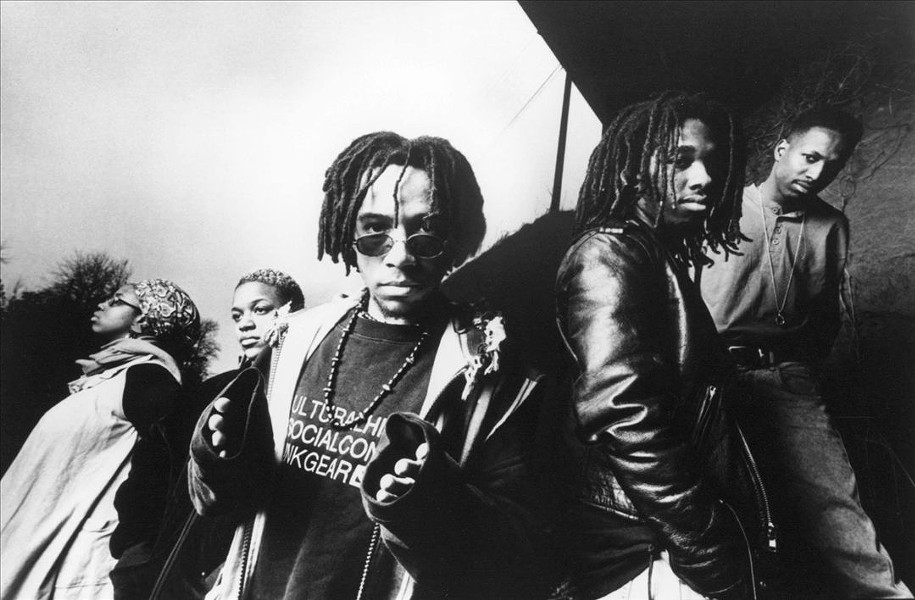 Put on by Spurs forward Bonner’s non-profit Rock On Foundation and the Spurs’ Silver & Black Give Back program, the concert will take place before, during and after the Spurs game against the Celtics. Attendance is only available with a ticket to the game.The show begins at 5:30 p.m. in the Bud Light Courtyard, with a pre-game performance by Rochester rockers Joywave and Cambridge indie-pop outfit Dirty Bangs. At halftime, Vermont teen poppers The Snaz will perform in the courtyard. After the game, Arrested Development will bring Golden Era hip-hop to the fans of the AT&T Center. With their 1992 album 3 Years, 5 Months & 2 Days in the Life Of..., the Atlanta rap collective dropped an album of party funk and positive energy. The four-times platinum album offered an answer to the performed violence of Death Row gangsta rap, while helping put Atlanta on the spot as a capitol of Southern rap.Throughout the game, Bonner’s buddy and Arcade Fire frontman Win Butler will provide the house music, spinning as DJ Windows 98. 5:30pm, AT&T Center,1 AT&T Center, (210) 444-5000 — Matt Stieb

A roll-your-own stoner punk outfit from Los Angeles, Zig Zags channel Black Sabbath on the 2014 single “Humans March/Let’s Die.” It’s an apocalyptic message of fuzz pedals and extinction crawling forward at a desperate, slowcare pace. Similar to their cartoon namesake, The Oblio’s cut through the dross with a heavy fuzz tone on their recent split with SA blues punk quartet The Bolos. On The Bolos versus The Oblio’s, the band crunches through four tunes of full-bodied rock ‘n’ roll, with heavy reliance on the fuzz box, a vital pedal that squares out the guitar signal into near oblivion. With Cursus, Vixy Van Halen, Summer Moon. $6, 9pm, K23 Gallery, 704 Fredericksburg, (210) 776-5635 — Matt Stieb

Unlike some jazz musicians whose claim to a doctorate is just a nickname (looking at you, Dr. Lonnie Smith) and others who have won honorary degrees (congrats, Sonny Rollins!), Brent ‘Doc’ Watkins has a doctorate in music from UT Austin. It’s a degree he’s put to good use, swinging viciously on his piano or Hammond B3 rig. 3pm, Esquire Tavern, 155 E Commerce, (210) 222-2521 — Matt Stieb