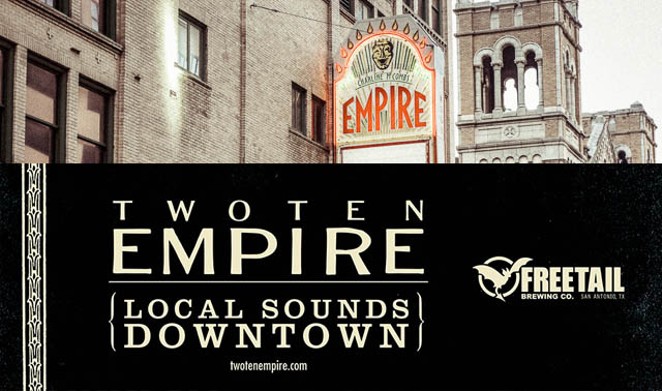 Thursday night at the Empire Theatre, at the launch party of Freetail Brewing's Piñata Protest beer, the brewery and the venue announced a collaboration series for the remainder of 2015. Local Sounds Downtown aims to entice local bands and their fans to the historic theatre, built in 1913.

While the Majestic and Empire book a good deal of San Antonio classical and jazz performances, the city's rock scene hasn't had a consistent chance to plug in at the downtown staple. With Local Sounds Downtown, the Empire and Freetail will book two SA acts an evening in a monthly showcase of San Antonio music.

The Lost Project kicks off the series on Friday, June 5, debuting their new album Far From Where You Are. As hinted at from their Bandcamp singles, the album will be at the crossroads of ska upbeats and pop-punk élan.