Thursday, April 2
Sean McConnell, Lucas Jack
Moving from Boston to Texas, soft country rocker Sean McConnell has found a strong reception in the Lone Star State On his official debut Before I Forget, piano rocker Lucas Jack observes the sacraments of his 88-key idols, including honky-tonk descending chords and an emotional outlook both anthemic and exposed. But it’s the details that bring the album into a clear and lifelike focus. Jack sings of girls in love with the “tan and risky,” lives half-lived “in and out of conditioned air” and a stalled relationship putting in maintenance sex “once a month with our t-shirts on.” $17-$22, 7pm, Aztec Theatre, 201 E Commerce, (210) 760-2196\

Friday, April 3
D.T. Buffkin, Flower Jesus
San Anto singer D. T. Buffkin continues in the heavy blues and rock ‘n’ roll legacy of Doug Sahm and Augie Meyers, trying the grain of his voice against stomping brush rhythms. On Flower Jesus’ new single “Buddha and Crowley,” singers Torrin Metz and Rob Martinez walk the line between these titular poles of spirituality and the “worlds we live between.” But no words are necessary for the chorus, an excellent “Ah-ah” section that carries the song towards its faded outro. With Happy Campers. Free, 9pm Rosella, 203 E. Jones, (210) 277-8574

Friday, April 3
Islands and Tigers Tour Kickoff
On the strength of their 2014 EP I’m Afraid of My Brain, Islands and Tigers are embarking on a month-long West Coast tour. Their fourth EP effort is an escape from the real world into a land where spring break lasts forever, as Harmony Korine can only hope. The lyrical themes are typical to the surf genre, reflecting on the past and lovebird relationships, and generally longing for “the way things used be.” Sun-soaked and saltwater-drenched, I’m Afraid of My Brain is a love letter to the greatness of surf’s past and its future promise. Despite their relatively young age, the Islands & Tigers kids have successfully tapped into a genre as timeless as sacred memories of family beach vacations. With The Sour Notes, Tides. $5, 8pm, The Ten Eleven, 1011 Avenue B, (210) 320-9080

Friday, April 3-Saturday, April 4
Bugs Bunny at the Symphony II
The San Antonio Symphony recreates the magic of a 1959 Chuck Jones cartoon called “Baton Bunny,” in which Bugs flails around onstage, trying to catch a fly and conduct a symphony at the same time. Inspired by this ’59 foolishness, conducter George Daugherty and the Symphony will also take on the soundtracks to classics featuring Daffy Duck Elmer Fudd, Wile E. Coyote and more Bugs favorites, including “What’s Opera, Doc?” “The Rabbit of Seville” and “Rhapsody Rabbit.” $25 - $65, 8:30pm, Majestic Theatre, 226 E Houston, (210) 226-3333

Saturday, April 4
Holy Wave, Shiva’s Medicine Chest
With their 2012 album Knife Hits, Austin’s Holy Wave dropped the best drug reference as an album name since Spacemen 3’s Taking Drugs to Make Music to Take Drugs To. With their followup, 2014’s Relax, Holy Wave returned with a clarity to their psychedelic visions, drenched in reverb but unclouded in their harmonies. Shiva’s Medicine Chest is the solo project of Marc Smith, drummer in Creatura and head-shredder in The Mockingbird Express. Under Shiva, Smith manipulates tape loops and guitar drones to establish long, stunning mantras of psychedelia. With Verisimilitude, Hidden Ritual. $7, 9pm, K23 Gallery, 704 Fredericksburg, (210) 776-5635 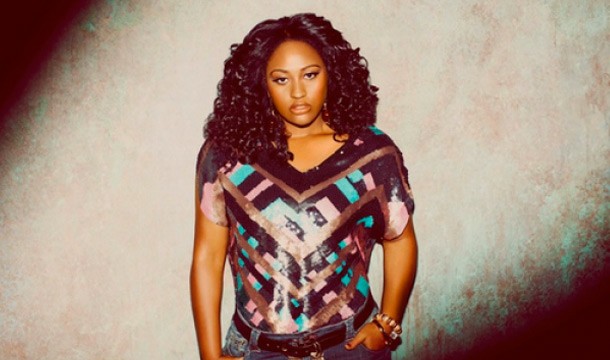 Saturday, April 4
Jazmine Sullivan
From the soul capitol of Philadelphia, Jazmine Sullivan first made waves with the 2009, Missy Elliot-produced single “Need U Bad.” “Bad like the food I eat,” sang Sullivan, over Stax organ and dancehall guitar. For 2015’s Reality Show, Sullivan returned on the strength of her magnificent pipes, defying the Atlanta-fication (see the cadence on Kanye’s “All Day”) of contemporary hip-hop and R&B. $30-$35, 7pm, Aztec Theatre, 201 E Commerce, (210) 760-2196