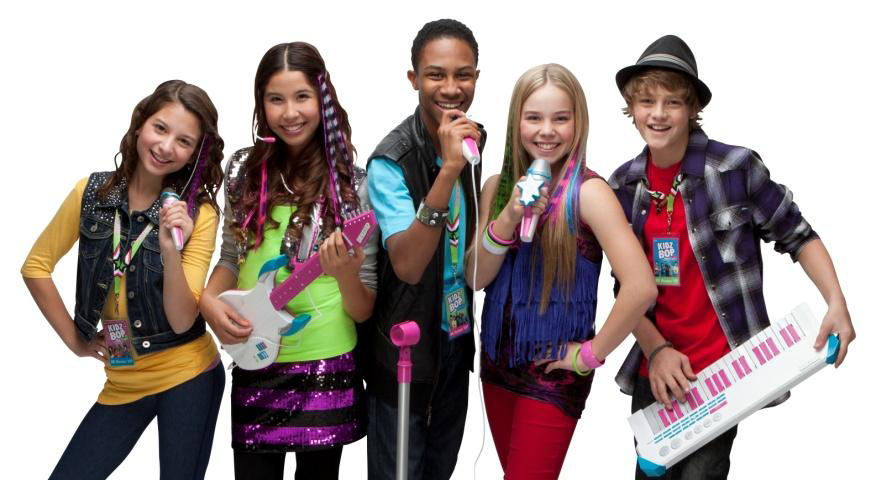 The pop music landscape can be a very bleak place full of cash grabbing celebrities with no artistic integrity or a golden age of big personalities singing the catchiest songs with the catchiest, if empty, lyrics. But really, shouldn't we as music consumerist be weary of the constant onslaught of sexually provocative pop stars twerkin’ and grindin’ their way to the top without very much actual talent to stand on?

Enter Kidz Bop, a multi-million corporate machine dedicated to cleaning out parent’s wallets with a rotating choir of fresh-faced tweens, eager and untainted by the cruel music biz. Maybe that’s what makes Kidz Bop refreshing. Although they rehash the same tired pop hits being circulated on mainstream radio stations, but with mostly “kid friendly” lyrics, the Kidz Boppers are a nice break from the exhausted, egotistical, tabloid-fueled pop star archetype.

But on the flipside, Kidz Bop can be looked, and more commonly frowned upon, as a soulless, money grubbing and greedy runoff of what the music business has become in recent memory. When pop songs with lyrics centered on adult-orientated subject matter are changed, the results often range from secondhand embarrassment to full out laugh riot.

Here are the times when kid-friendly lyrics turned into unintentional and downright inappropriate for a teenybopper to be singing their heart out to.

Britney Spears, "Toxic"
There is something very uncomfortable about kids singing Britney Spears' songs, as she too, was a child star who had fallen from grace. But when the former Mouseketeer's song is "Toxic," an ode to a dangerous lover, things get a little sticky. "I need a hit/ Baby, give me it," sings a chorus of tweens, unaware of the reality of being addicted to a "no good guy." The Kidz Bop masterminds could have at least changed some of the lyrics, but they were probably too busy diving into pools of money to do so.

Macklemore and Ryan Lewis, "Thrift Shop"
So maybe the Kidz Bop Kids did an effective job neutering  a song with some questionable subject matter, like references to having a "big cock" and R. Kelly, but the way they executed it was fodder for a swarm of instant internet hate. I guess that's what happens when Kidz Boppers go from the kiddie pool to the deep end of the rap water park.

Ke$ha, "Tik Tok"
Kidz Bop gets the at-least-you-tried award for turning an ode to gettin' tipsy and brushing teeth with bottles of jack into a fun little ditty about getting silly and other shit that prepubescents do. But I still don't get what it means for a 12-year-old to feel like hardcore rapper P Diddy.

Nicki Minaj, "Starships"
What's even more offensive than children singing "We’re higher than a motherfucker?" Declaring "We’re Kidz Bop and we’re taking over." The sad thing is that they're right, with countless gold certified albums and sold out tours to back them up.