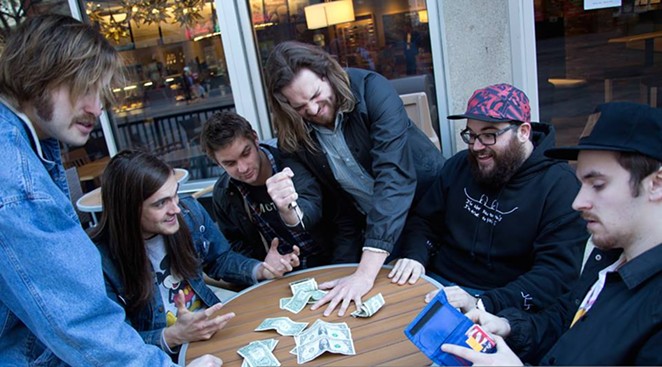 Yesterday, Paper Tiger announced that their June 6 show with Diarrhea Planet will be free with RSVP at Do210. It appears San Antonio is becoming a hotspot for the Nasvhille sextet, with three appearances in SA in the past year. They're more than welcome, as long as they continue to bring hang-from-the-rafters, anthemic rock 'n' roll. Or, as they self-identify in their artist bio: "Like watching School of Rock for the first time, every time."

Philadelphia punk outfit Left & Right will join the bill in their second SA appearance. On "Five Year Plan," the band has a finger on the pulse of pop-punk, with an estival shine and a wide-open emotional outlook. San Anto's The Oblio's will open, with a slow-roasted and enveloping fuzz tone.