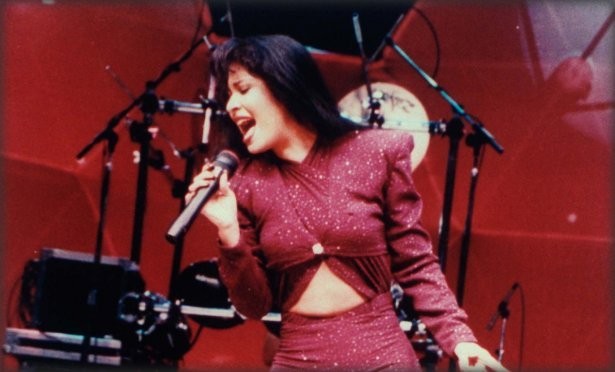 In honor of what would've been Selena Quintanilla's 44th birthday, we've compiled the definitive list of Selena's greatest hits. Agree with us, or argue with us. All we know that any song in her catalog can be used as an example of why she is the South Texas music icon she is today.

"La Caracha" is pure, playful, quintessential Selena. This cumbia about a little hooptie is among the many hip-shaking cumbias that were the Queen of Tejano's bread and butter, catching the attention of Tejano fans and quinceañera attendees everywhere.

Sure, this single from Amor Prohibido, which incidentally was released the day before Selena was murdered, is not exactly a feminist anthem — it tells a remarkably detailed story about a woman consumed with an unrequited obsession for a neighbor she barely knows — but it's so just so damn catchy. "El Chico" may be a bouncy Tejano cumbia at its core, but woven into music are South American dance rhythms, a move intended to attract a broader Latino audience.

Selena takes on traditional, old-school mariachi with "Tú, Sólo Tú," a sorrowful song of drunken dispair popularized by Pedro Infante, perhaps one of the greatest stars from Mexico's golden age of cinema. The song is slow, unvarnished, traditional ranchera amidst an album of polished pop. "Tú, Sólo Tú" proves that, although she had pop music aspirations, Selena knew her roots. Fun fact: This song was originally recorded for inclusion in the Don Juan de Marco soundtrack.

Confession time: My real favorite Selena English-language song is secretly "Missing My Baby," but I don't actually admit that to anyone. But if we're going for her "greatest" English song, it's a toss-up between, "Dreaming of You" and "I Can Fall in Love," and in my opinion, the former wins hands down.

Amor Prohibido is hands down Selena's album and its second to last son "Si Una Vez" is one of Selena's rawest and most intense performances.

The fact that "Como La Flor" is number five on this list shows just how many great songs the Queen of Tejano performed. Every time I hear this song, I want to dance in a desert next to a chair.

"Techno Cumbia" is one of Selena's most seductive and progressive cumbias, good enough for the dance clubs as much as it was for any South Texas wedding reception. Sure the music video is too 90's for its own good, but the song just as timeless as it is very much of its time.

The fact that I wandered the middle school halls muttering "Bidi Bidi Bom Bom" to myself proves that a) I was a weird kid and b) the song's title phrase is absolutely infectious. No one can stay in their chair when this song comes on.

No one is prohibited from loving this signature Selena song. "Amor Prohibido" is undeniably one of her best and is a single that cemented her position among the pantheon of Latin music greats.

Selena performs this swelling ranchera ballad about longing and heartbreak with telenovela-levels of passion. Written by Selena y Los Dinos keyboardist Ricky Vela, the song is inspired about his unrequited love for Selena's sister Suzette. Although the experience that inspired Selena's greatest song ever is not her own, she channels the emotion for one of her greatest performances ever. And the video is puro San Antonio all the way. Also, if there was a music video acting Oscar, she should've totally won it.