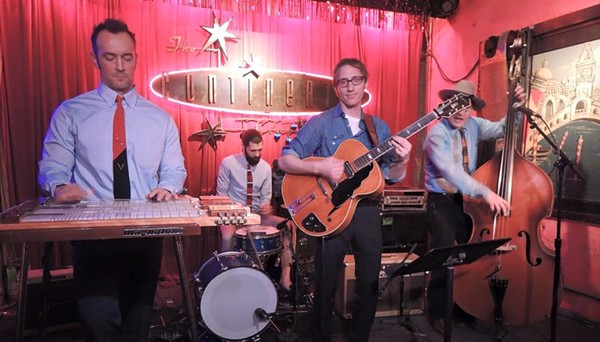 Known for his work with soul jazz Californians Breakestra, Miles Tackett is out on his own, shredding funky for his new release The Fool Who Wonders. With Alyson Alonzo, DJ JJ Lopez. $3, 9pm, Phantom Room, 2106 N St. Mary's

From the Inland Empire of Southern California, Trizz’s 2014 mixtape Amerikkkas Most Blunted retains the heaviness of its Ice Cube reference, while adding the heavy-headed nod of a rapper in a room full of smoke. With Core the Emcee, Southeast Steve, Here$y. $10, 8pm, The Korova, 107 E Martin, (210) 226-5070