8 Non-Headliners To Catch At Levitation In ATX This Weekend

This weekend, the groovy folks of Austin Psych Fest and The Reverberation Appreciation Society host the eighth annual Levitation psychedelic music festival. Held at the ruggedly beautiful Carson Creek Ranch in southeast Austin — one of the oldest existing ranches in Texas, established in 1851 — the three-day festival has become an important yearly destination for head-trippers of all stripes, bands and fans alike. This year’s headliners are some of the best the fest has ever hosted, including white-hot Aussie prog-psych rockers Tame Impala (Friday), legendary British space rock outfit Spiritualized (Friday), noise-pop stalwarts The Jesus and Mary Chain (Saturday), odd-pop man of the moment Mac Demarco (Sunday), and ubiquitous Austin freak show The Flaming Lips. On Sunday night, there will also be a special 50th anniversary reunion set performed by psych-rock gods, and hometown heroes, The 13th Floor Elevators.

While we at the San Antonio Current are excited about all the headliners, and to be fair the whole festival should be rad as long as it doesn’t rain too much (this ain’t Woodstock), there are a few emerging/less-celebrated acts that are particularly crucial to catch. In honor of Levitation’s eighth year, here are eight not-to-be-missed, non-headlining acts.

Hailing from Santiago, Chile, The Holydrug Couple is Ives Sepúlveda and Manuel Parra. The duo makes homespun psych-rock with a dreamy, stretched out, almost devotional, pop bent. Updating its sound ever-so-slightly on each new release, The Holydrug Couple holds true to the essential credo of psychedelia: endless exploration. The pair’s latest release, the masterful Moonlust, which builds on the gentle kaleidoscopic majesty of 2013’s beautiful Noctuary, is out May 12 on Sacred Bones.

Houston psych outfit Indian Jewelry consistently delivers the goods with unpredictable dub-rock that’s laced with elements as diverse as mind-melting synths, distorted vocals, electronic percussion, and found sounds. One listen to the band’s 2012 album Peel It, released by The Reverberation Appreciation Society itself, will leave you convinced of Indian Jewelry’s schizophrenic brilliance.

Even when he’s in full on Beatles-aping mode, Tim Presley, who records as White Fence, makes for a delightful listen. His slightly folky, lo-fi take on the 1960’s garage-pop sound frequently takes him to weird and wonderful sonic places—and we’re just along for the ride. White Fence’s most recent release, For the Recently Found Innocent, is Presley’s most fully-realized and fleshed out effort to date. A naturally gifted songwriter, his knack for being catchy and trippy at the same time is uncanny. 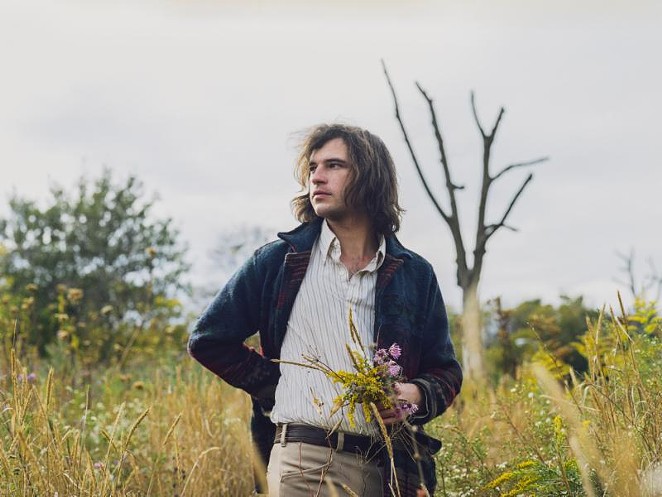 Badass guitarist and songwriter Ryley Walker comes at psych music by way of mind-expanding folk-rock with strong jazz influences. His patient and slow-rolling style, which nevertheless features some startling moments of raw emotion and vocal abandon, is best compared to the likes of Nick Drake (but jazzier) or Van Morrison (but more meticulous). His breathtaking March release, Primrose Green, is a veritable lesson in lovely, folk-jazz deconstructionism.

Ever since its 2010 debut, the gnarly garage burner Cry Out Loud, Costa Rica’s Las Robertas has been a criminally underrated band. The trio’s crunchy, snarling, mildly surf-infused, garage-rock haze is just infectious enough to sing along with and just ethereal enough to space you the fuck out. The group’s 2014 release, Days Unmade, proves for the millionth time that garage rock and its myriad permutations will never get old.

Named after a text by ancient Daoist philosopher Zhuangzi, Beijing foursome Chui Wan perfectly exemplify the Daoist precepts of non-coercive action, spontaneity, and oneness with chaos. The band, which just dropped its stellar self-titled sophomore album on May 1, can really take you places with its unique and potently spiritual brand of droning, swirling and meditative psych-rock. It hardly matters if you don’t understand the Chinese lyrics, these songs speak to you on a deeper level than language allows.

Imagine what it might have sounded like if John Lennon broke with the Beatles even earlier and created a supergroup with members of Pink Floyd and The Turtles. With the Ghost of a Saber Tooth Tiger project (The GOASTT), John’s son Sean manages a damn fine approximation of what you might be imagining. The GOASTT’s 2014 release Midnight Sun is a delectable and jangly buffet of over-the-top, sunny side psych.

The Myrrors, repping Tucson, Arizona, create music that seems to describe, and subsequently fully unfurl, an endless desert hallucination. As musical day turns to musical night during the course of the group’s long and teeming songs, especially on the recently released opus Arena Negra, you can almost touch the half-familiar figures in static that seem to rise from the sandy ether. Fans of Sun Araw’s 2011 masterpiece Ancient Romans, will certainly not want to miss The Myrrors in action.