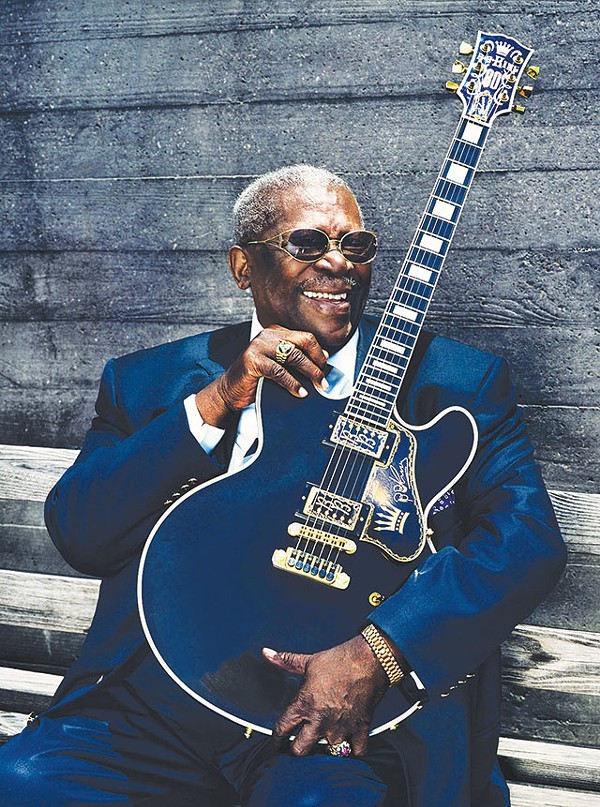 "The Thrill Is Gone" for the rest of the us, now that B.B. King, blues icon and owner of that 1970 hit, left the planet yesterday at the age of 89. The guitarist, known for his trusted six-string Lucille and a note-bending panache, lived out his final days in a Las Vegas hospital, dealing with complications from high blood pressure and diabetes.

But right up until the end, King was on the road, touring with his viciously tight band. In May of 2014, one of 29 headlining performances last summer, King hit the Majestic for a blockbuster show. For the first 20 minutes or so, King was at the front of the stage taking pictures with fans and joking around, soaking in the love from the audience. Once the band kicked into a backline blues, there was B.B., sweating, sitting and shredding away.