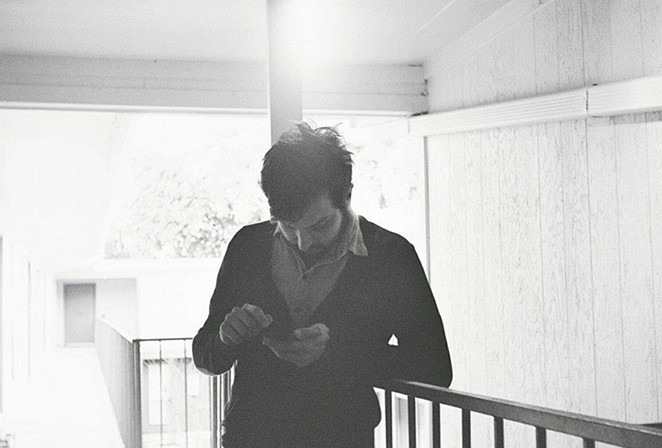 On his best records, San Anto native Marcus Rubio is drawn out in a fruitful battle between pop and experimental music, weighing his options like a dating show contestant choosing between the hot one and the reflective (but still hot, this is television) one with glasses. With More Eaze's (frail), he finally soundtracked the scene in which he runs, tears streaming, feathers ruffled, into the arms of pop.

Or, more specifically, R&B. For his 2015 release on Already Dead Tapes, More Eaze delights in Auto-Tune melodies under his new stage name (With Florida senator Marco Rubio in the ring for 2016, Marcus chose to drop his birth name for SEO purposes and to avoid bad puns from his friends for the rest of the senator's career). With strings, sax and a conflagration of Auto-Tune, More Eaze creates remarkably big-bodied works of treated R&B.

Of course, (frail) isn't a full divorce from Eaze/Rubio's more noisy tendencies. The tape opens with a long, anodyne hiss, something you might expect from a garden snake. In time, the noise grows steadily more menacing, laying there like the violent, uneaten leftovers of Eraserhead.

Like his previous effort on Already Dead, More Eaze's most arresting moments come in the little jokes and inner monologues of anxiety that punctuate the record. From making "top top 10 lists" to admitting his New Years resolutions "are at best pending," he pumps a winking energy into (frail). But the Auto-Tune admissions ("I should've taken time off for your birthday after you did the same for me") look unflinchingly at the audience for a gut response.