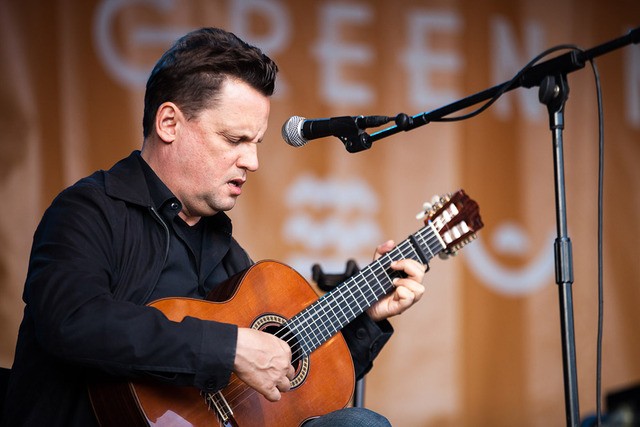 The power couple of Transmission Events and Paper Tiger just announced that Mark Kozelek of Sun Kil Moon will play the Coates Chapel at the Southwest School of Art on Thursday, November 19. Kudos to the venue and production company for placing Kozelek in the chapel, where his odd American shorts on acoustic guitar do quite well.

In 2014, Kozelek released Benji, one of the most beautiful and weirdly literal records of 2014 (we had it as the silver medal winner of the year). Since then, he's been touring his share of churches and chapels, getting in digital tussles and conversing with the best rappers around.

Today, Kozelek released the seventh Sun Kil Moon album, Universal Themes. With song names like "This Is My First Day and I'm Indian and I Work at a Gas Station" and "With a Sort of Grace I Walked to the Bathroom to Cry," it looks to hang with the conversational verve of Benji.