The Abridged Yelawolf: 5 Cuts From The Alabama Rapper 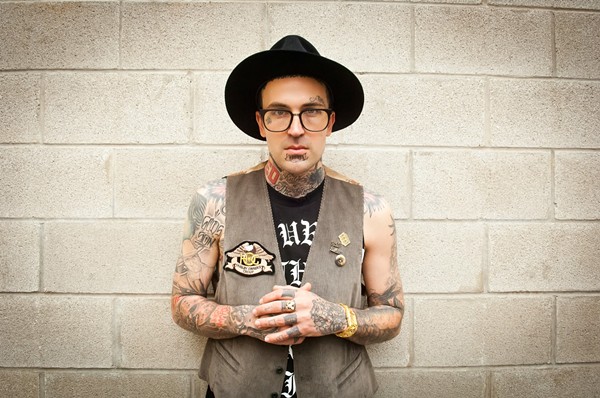 A collaboration with the fedora sportin' soul patch wearin' Kid Rock was only natural for Yelawolf, as both are country fried rappers with a penchant for rock 'n' roll. On 2012's "Let's Roll," Kid takes the hook as he sings his heart out, while Yelawolf sticks to verses about Talladega, overalls and Dixie Cups. The video features Yelawolf and Kid cruising around in a pimped-out convertible, probably on their way to crashing a My Big Fat Redneck Wedding after party.

Yelawolf pulls out the big guns on this track. Featuring label-mate Eminem, "Best Friend"  goes deeper than the Alabama River when Yelawolf spits about his spirituality. He may not be God-fearing, shotgun-bearing in the traditional sense, but the rapper has "best friends" in high places.

On his solo effort "Till it's Gone," Yelawolf takes his sound out to the swamp musically, with guitar picking, dark rhymes, cinematic strings and a melodic, sing-along chorus. The dark side of New Orleans is the main focus in the video, complete with fire and brimstone churches, violence and bayou tours. This is what the Travel Channel doesn't want us to see.

"Whiskey In A Bottle"
Yelawolf wears the phrase "red neck" on his sleeve. So much that he tattooed it in giant red letters on his neck. If that's not devotion to Dixie Land, I don't know what is.