“It’s not very pretty, that’s why we’re called FEA,” said Jenn Alva, at FEA’s debut show at Maverick Music Festival in March of 2014. Though the music isn’t conventionally “pretty,” it sure as hell shreds, as Girl in a Coma’s Jenn Alva and Phanie Diaz take a harder punk approach to their new project. A year and change after the debut, FEA takes over Jenn Alva’s Cock Block Thursday programming at Phantom Room for their tour kickoff. With Kristeen Young. $5, 8pm, Phantom Room, 2114 N. St. Mary's

Since its humble beginnings, San Antonio’s own Nothing More has fine-tuned a signature sound that fuses elements of nü metal, alternative and progressive rock. Formed in 2003, the band (vocalist Jonny Hawkins, bassist Daniel Oliver, guitarist Mark Vollelunga and drummer Paul O’Brien) has seen considerable success over the last year with its self-titled, major label debut peaking at 33 on the Billboard 200. The quartet returns home as part of the Jenny Tour, named after Hawkins’ sister, who suffers from Bipolar disorder. Proceeds go to several mental health foundations. $16, 8pm, Aztec Theater, 104 N. St. Mary’s, (210) 812-4355

Originally scheduled for November 2014, several rain checks have pushed this exciting soul jazz gig to June. On his new release Church on Monday LIVE at the Gallery, Austin saxophonist Elias Haslanger leads his band through Blue Note boogaloo and straight-ahead standards, featuring Jake Langley on guitar, Daniel Durham on bass and Scott Laningham on drums. On organ, Dr. James Polk, Austin legend and former arranger for Ray Charles, brings a soulful and full-bodied punch of B3 to the set. Members only, 8pm, Artpace, 445 N. Main Ave, (210) 212-4900 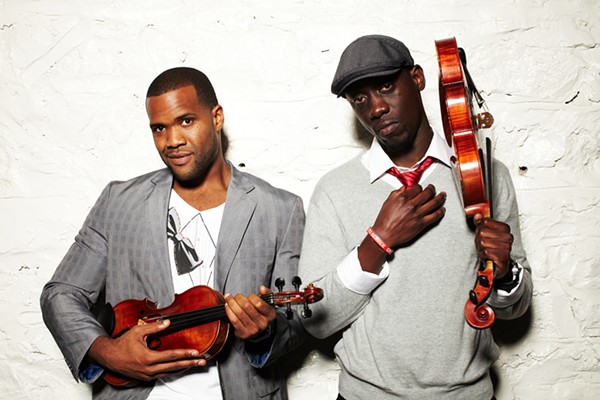 With one of the most satisfyingly blunt names in all of music, the Floridian duo of Wil Baptiste and Kevin “Kev Marcus” Sylvester are Black Violin. And it’s true: Both classically schooled gentlemen are black and gifted string instrumentalists. And both men will be at the Tobin on Friday, with band, treating fans and initiates alike to a high-octane show that deftly melds influences as far-flung as hip-hop, bluegrass, R&B, funk, rock, jazz and classical. For a pre-show primer, dig the duo’s 2013 tour de force, the full-to-bursting Classically Trained. $14.50-$29.50, 8pm, Tobin Center for the Performing Arts, 100 Auditorium Circle, (210) 223-8624

On his official debut Before I Forget, Jack observes the sacraments of his 88-key idols, including honky-tonk descending chords and an emotional outlook both anthemic and exposed. But it’s the details that bring the album into a clear and lifelike focus. Jack sings of girls in love with the “tan and risky,” lives half-lived “in and out of conditioned air” and a stalled relationship putting in maintenance sex “once a month with our t-shirts on.” Though some of the songs on the album have seen light before, Before You Forget marks Jack’s official debut and a major life milestone. A Chicago lawyer in a past life, Jack ditched the briefcase and Lionel Hutz stiffness for a life as a musician (and husband) in SA. With the new album, Jack has found a solid footing in Texas soil from which to jumpstart his career. With Poor J. Brown. $10-$45, 8pm, Sam’s Burger Joint, 330 E. Grayson, (210) 223-2830

On “Dry County” and “Town Drunk,” Arkansas’ Mountain Sprout spin bluegrass yarns of hot, boozy, summer life. On Garrett Capps’ “San Antone,” the cagey songwriter pins down Alamo City musical culture with verve and an insider’s knowledge. “I found myself down a deep, dark road / empty pockets and a wayward soul / then I heard somethin’ on the radio / sounded like San Antone. / It had deep blues roots, and a Vox organ / a groovy shaker, and a Fender tone / it said ‘she’s about a mover’ and I was gone / gone home to San Antone.” $5, 9pm, 502 Bar, 502 Embassy Oaks, (210) 257-8125

Hop in the hooptie, head west on Highway 90 and peep the wildflowers burgeoning on account of El Niño’s recent rage. At first, it doesn’t matter where you’re headed, because the journey’s the thing. But, where you’re going is to the quaint town of Castroville, about 30 minutes away. In Castroville, at Texas Spirits Saloon, you’ll dig the free SpiritFest, a multi-stage affair that features some of the most exciting musical talent from San Antonio and the surrounding areas, including Antique Sunlight, The Native Roar, and Collective Dreams, among others. You’re welcome. Free, 4pm, Texas Spirits Saloon, 3940 FM 471 N, Castroville, (830) 538-2300

White people pay attention — freestyle is the unbelievably awesome, cocaine-friendly, monotonous, 808-worshipping music of the Latin American culture centers of the ’80s. The genre’s liftoff can be traced almost directly to Afrika Bambaataa’s “Planet Rock,” whose rhythms breakdance-friendly beat, shout-raps and retro-futurist bent set the tone for the shape of freestyle to come. The annual Freestyle Explosion is a perfect and genre-star-studded revue of the artform. With Stevie B, Taylor Dayne, The Original Cover Girls, Seduction, Company B, Debbie Deb, Pretty Poison, Lisette Melendez, Lil Suzy, Nocera, J.J. Fad. $28.50-$38.50, 7:30pm, Illusions Theatre at the Alamodome, 100 Montana, (210) 207-3663

Saturday, June 20
Lovin’ In The Summertime 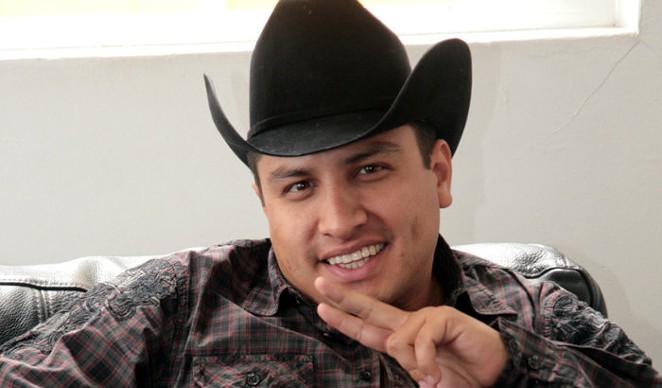