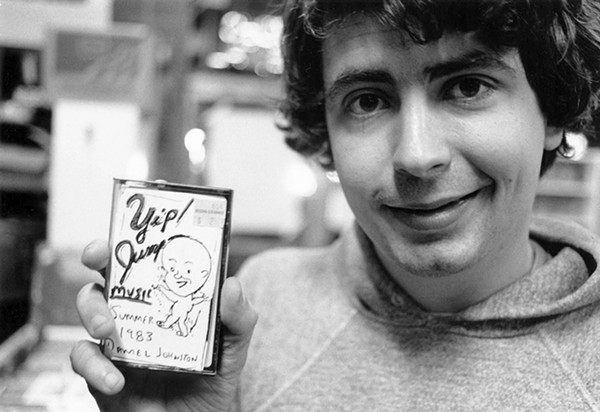 The lo-fi anti-pop star Daniel Johnston is coming to the Paper Tiger on August 20.

Although he lacks in technical precision, cassette king Johnston makes up for it and then some with the sheer emotion he has in what he does. Even though Johnston is famous for his mental illness, as depicted in the award-winning documentary The Devil and Daniel Johnston, the humor and heart in his lyrics paired with his ability to write, produce and sing poignant and upbeat songs is why he is so revered by musicians such as Kurt Cobain — who famously wore DJ's Hi, How Are You T-shirt to the MTV VMAs — Eddie Vedder of Pearl Jam, Simpsons' creator Matt Groening and the band Sonic Youth.

His voice may have deepened and lost some of its childlike innocence, but the passion he sweats will leave not a dry eye in the house.

Tickets go on sale Friday at the Paper Tiger.

Check out the songs that made him a legendary cult icon.