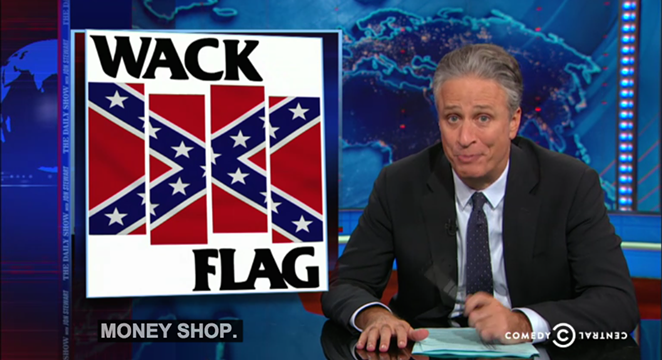 Stewart's interns' revision of the punk band's logo is one of the best I've seen in some time. Dad Flag, Black Dads, Cat Flag — the internet has proven its cleverness in riffing on the seminal punk symbol. But Stewart, seen here in his teens at a Dead Kennedys show, took the game of wits up a notch.