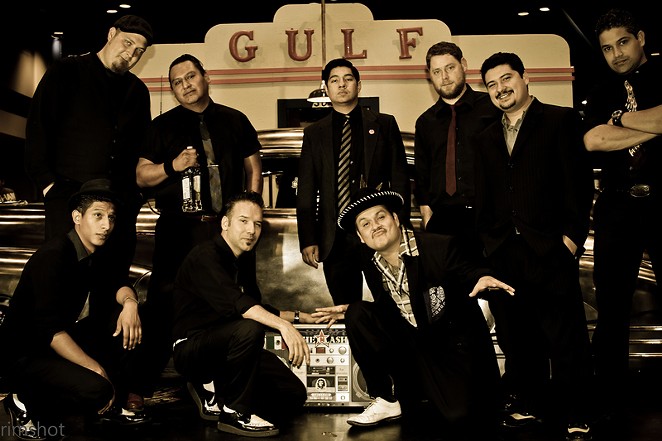 Nimbostratus clouds we call uncle — uncle! We've had enough precipitation for one season, try sending some of those mean-mugging rainclouds to California. Last week, the Coors Light Free Concert Series was rained out due to a poorly-named tropical storm.

But tonight, starting at 7 p.m., it's on! Slick Dickens and Lucky Odds open the gig, with the Vatos Rudos coming in east on I-10 to close out the evening. From Houston, Los Skarnales are a brawling ska-punk big band, singing in Spanish pulling pan-American styles into their affront.