As the widower of tejano pop queen Selena, Chris Perez is de facto San Anto royalty. But the SA native is also a tremendously talented guitar player, marching forward in his career with songs like “Todo es Diferente” and “Best I Can.” With Vallejo. $15, 7pm, 210 Kapone’s, 1223 E. Houston, (210) 279-9430

Hank Williams Jr. could have made a career for himself based on his name alone. However, Bocephus has spent just as much time setting himself up in opposition to his daddy’s brand of country as he has embracing it. Williams Jr., now 66, has had an illustrious if spotty career, reinventing himself frequently to fit the changing interests of a diverse fanbase. His heady blend of rebellion and tradition, Southern-fried rock and country, have made him a fan favorite for more than 40 years. One thing’s for sure: The man can put on one hell of a show. $36.49-$1,625.87, 7pm, Whitewater Amphitheater, 11860 FM 306, New Braunfels, (830) 964-3800

In the 40-Year-Old Virgin, Paul Rudd’s consumer electronics salesman character retorts, after two years of nothing but Michael McDonald playing on the store’s TVs, “Nothing against him, but if I have to be ‘Yah Mo Be There’ one more time, I’m going to Yah Mo burn this place to the ground.” Which is pretty much how I feel about Michael McDonald. Except for the Steely Dan stuff, that stuff is undeniably tight. Aja? Come on, man. $35-$275, 7:30pm, Tobin Center, 100 Auditorium, (210) 223-8624

Friday, June 26
Single Lash, Advance Cassette
On their self-titled 2015 lark, Single Lash whips ahead at the speed of post-punk with the expanse and texture of shoegaze. Plain View, the debut EP from local alt-rockers Advance Cassette, is full of feedback and fuzz, ferocity and feeling. Capturing the punk-addled and emotive feel of some of your favorite 1990’s bands, the four tracks on this EP are also, importantly, impossible to pin down. With Junkie. $5, 9pm, Paper Tiger, 2410 N St Mary's St

One of the first UK punk bands to sign with a major label (Decca), Manchester punks Slaughter & the Dogs penned one of the all-time great punk singles with “Cranked Up Really High,” featuring a singularly English bass cranked way the fuck up. With Bad Cop/Bad Cop, Decent Criminal. $12-$15, 7pm, The Korova, 107 E. Martin, (210) 226-5070

Earlier this spring, Ellis Redon quietly released one of the best collections of songs to hit San Antonio in 2015, sounding like if Bradford Cox of Deerhunter took a ketamine nap on his synthesizer. With Calico Club, Pink Leche, Nag Champa. $3, 9pm, The Ten Eleven, 1011 Avenue B, (210) 320-9080 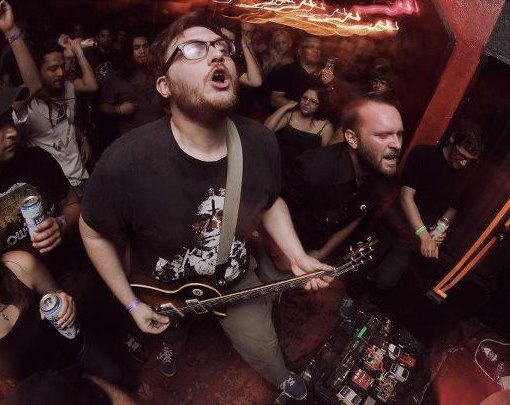 Vans Warped Tour has a keen understanding of its largely-teen audience, growing their EDM lineups year after year in parking lots and stadiums that used to be filled exclusively with punk and post/hardcore. 11am, AT&T Center, 1 AT&T Center Parkway, (210) 444-5000