Beginning his career as a student of Big Easy saxophonist Kidd Jordan, Big Sam Williams has developed into one of New Orleans’ most prized brass players. A founding member of the Stooges Brass Band and a contributor to the great Dirty Dozen Brass Band, the trombonist is a master of the New Orleans street style, where jazz meets blues, marching songs and a few tumblers of bourbon. In 2010, Williams inked himself a deal as a recurring character on HBO’s Treme, helping export his exciting genre to the masses (or at least everyone who’s on my friend’s dad’s HBO Go subscription). Recently, Williams also found out he is the great grandson of Buddy Bolden, the un-recorded schizophrenic and innovator of ragtime. $12-$15, 11pm, Aztec Theatre, 104 N. St. Mary’s, (210) 812-4355

The son of salsero Pete “El Conde” Rodríguez and godson of Fania bandleader Johnny Pacheco, Pete Rodriguez is a trumpeter and bandleader exploring vivid directions in Latin jazz and salsa. Growing up in the Bronx as the borough contributed to the gift of hip-hop, Rodriguez took a musical turn when he moved to Puerto Rico as a child, diving into classical music. Rodriguez has kept up that curiosity in adulthood, earning a doctorate in music at University of Texas Austin and performing with Tito Puente, Celia Cruz, and Eddie Palmieri. Cover, 6:30pm, Carmen’s De La Calle, 320 North Flores, (210) 281-4349

You can’t really listen to a single Widespread Panic song. Like any of the great American jam bands (read: Grateful Dead, Phish pre-2004), you’ve got to sit down for a few hours and white-guy groove out to the stuff. Like many American jam bands, Widespread Panic began on a college campus, in the early ’80s in Athens at the University of Georgia. Over the next 30 years, the band released 11 studio efforts, 10 much better live ones and have made an absurd amount of money playing to people in sandals and cargo shorts who smoke weed exclusively at Widespread Panic shows. This weekend at the Majestic, Widespread Panic headlines a triptych of shows in celebration of our nation’s 239th birthday. $44.50 - $59.50, 8pm, Majestic Theatre, 224 E. Houston St, (210) 226.5700 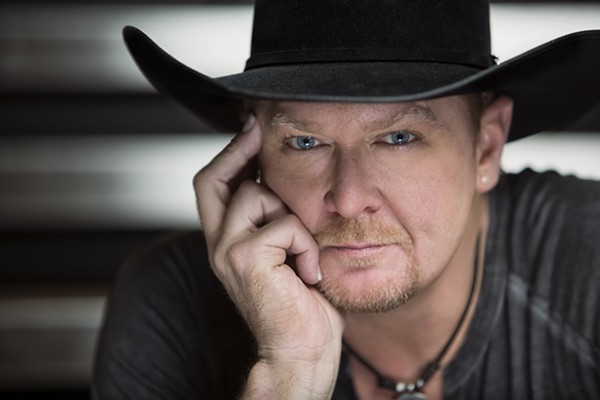 Texas native Tracy Lawrence has a voice like the composite of every song on those pre-internet TV ads for country comp records. But, his mullet in the video for “I See It Now” is a fucking awesome mullet, a Kenny Powers vision of light. $15, 8pm, Blue Bonnet Palace, 17630 Lookout Rd, (210) 651-6702 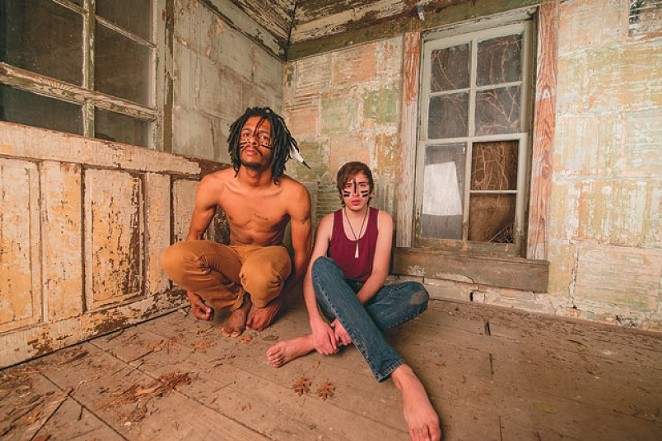 Let’s face it: Lonely Horse is about to take over the world. With its debut album finally slated to drop in early August (on Nouveau Riche Records) and a massive tour planned, the high-octane desert-rock power duo is poised for big things. As such, we should relish the opportunity to see them rock in the quaint confines of Imagine Books and Records while we still can. Friday’s intimate show, which will also feature musical performances by Shamans Among the Machine and Octahedron, will be an all-arts event, showcasing art, clothing and photography by local vendors. Free, 6pm, Imagine Books and Records, 8373 Culebra Rd, (210) 236-7668

Since 1939, Blue Note Records has been the home to some of the most stunning and accessible jazz in the canon. But, over the years, the Finest in Jazz has stretched outside the genre with great successes like Amos Lee. The new Blue Note picked up the soul-pop singer in 2005 with Lee’s eponymous debut. That same year, Lee gained some unbeatable cred as the opener for Bob Dylan as part of the Modern Times tour. In 2011, the neo-soul singer debuted at the top of the Billboard chart with Mission Bell. $49.50 - $1,272, 7:30pm, WhiteWater Amphitheater, 11860 FM 306, (830) 964-3800

It’s a little bit further than our usual purview, but Willie Nelson’s Fourth of July Picnic truly sounds like the most American thing you can do West of the Mississippi this weekend. With The Red-headed Stranger, Merle Haggard, Kacey Musgraves (whose brand new sophomore record Pageant Material totally rules), Sturgill Simpson, Asleep At The Wheel, Jamey Johnson, Jason Isbell and Leon Russell all on deck on the grounds of a NASCAR arena, there’s really no hope for any of your friends to out-patriotize you if you hit this gig. $25-$500, 11am, Austin 360 Amphitheater, 9201 Circuit of the Americas Blvd,  (512) 301-6600

I’m usually not one for Christian rock, but John Mark McMillan’s “Future / Past” is a gigantic, emotionally rich example of the stuff. That being said, the video looks like a Millennial cult of Christians who moved to Greenpoint and call it an “edgy” neighborhood. $15-$40, 6:30pm, Sam’s Burger Joint, 330 E Grayson St, (210) 223-2830