5 Reasons Why 'God Bless The U.S.A.' Is The Greatest Damn Song Ever Written 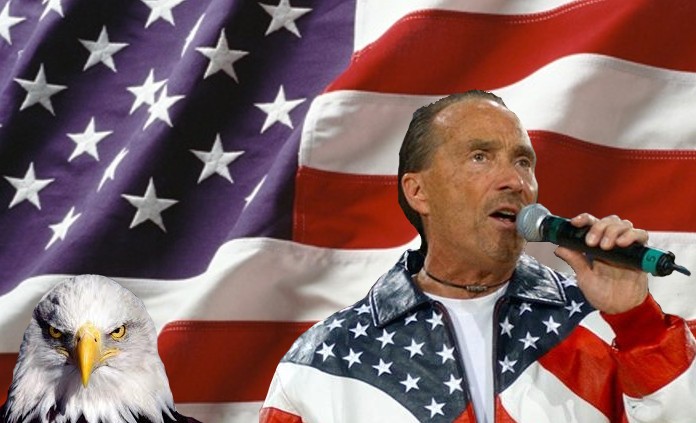 When Lee Greenwood released his ultra patriotic anthem "God Bless The U.S.A." in 1984, songwriters, for some reason, didn't throw in the towel and acknowledge that there was no way they could top Greenwood's piece of musical majesty.

The song reached No. 4 on the Billboard Hot Country Singles chart when it was released, and gained even more prominence during the first Gulf War and after 9/11, when I am told middle schoolers were taught the song as a means to display their patriotism. (Side note: I have co-workers who were in middle school during 9/11.)

But in the 31 years that have passed since Greenwood gifted America with his signature diddy, one thing remains clear. No greater song has ever been written about the United States of America. Suck it, Francis Scott Key. Here are five reasons why.

1. Even With All of America's Problems, This Song Makes You Love The Shit Out Of America.

We have a deeply divided political party system that threatens to tear this country apart. Despite all the divisiveness, one listen to this song makes you believe again that the United States of America is the greatest damn country in the world, despite all its problems.

2. It Gives You A Geography Lesson.

Did you know that Minnesota has lakes or Tennessee has hills?  You do now, and it's because of this song.

The song commands you to stand up, and not just stand up, but stand up for America. That is a hell of a lot more inspirational than Sit and Be Fit.

4. It's A Country Song, One Of The Most American Of Music Genres

Few genres of music can truly be called American. There's jazz, hip-hop, and of course country, which is terrible as of late, but this song was released when country music was actually good.

5. It Gives You Feels

If you don't feel something while listening, to "God Bless The U.S.A." either you are a member of ISIS. or you have no soul.

This 4th of July, be sure to choke on your tears and not on your hot dog, and give this song a listen. It's your patriotic duty.