In the promotional material for the new Destruction Unit album Negative Feedback Resistor, the Arizona crew proudly declares that they “sacrificed their ears to make this album as loud a statement as possible. Will you lend them yours?”

Believe the hype. At some point in the collective death drive they call a career, Destruction Unit glued their amp volume settings in place. At the shotgun-style K23 Gallery on Monday, the outfit will hit with all the recoil, violence and American ingenuity of a Marine Corps howitzer.

“If Death Ever Slept,” the first volley fire from the new album, serves as a good introduction to Destruction Unit’s psychotropic noise rock. A six-shooter chord progression kicks off the nightmare of guitar, hardcore rhythms and sibilant hiss. After a pause for guitar decay, the Unit returns to the breakneck march to pick up the remaining audience members and throw them deep into the void. With Black Liquid Drop, Filthy. $8, 9:30pm, K23 Gallery, 702 Fredericksburg 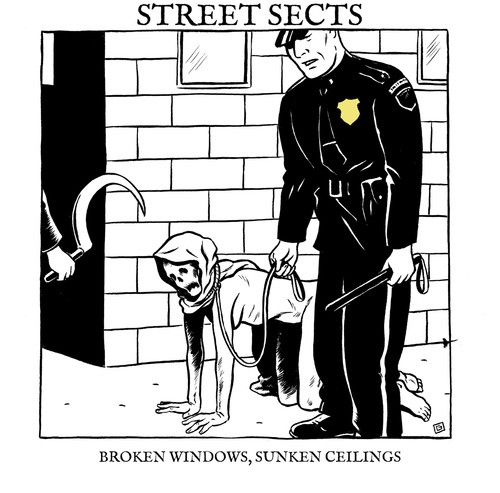 Noise and musique concrète mastermind John Wiese leads the affront of Sissy Spacek. On the 2014 album Lead Their Exit, the LA band doesn’t pass the minute mark on a single tune. Somehow, Ryan Rousseau of Destruction Unit plans to play K23 Gallery with the band then hit Paper Tiger for a set of darkwave dance as Gila Man. With MXCG. $6, 8pm, Paper Tiger, 2410 N. St. Mary's

Any serious reputation San Antonio has as a jazz town has to be chalked up to Jim Cullum, Jr., the man in charge of the long running public radio show Riverwalk Jazz and who’s been consistently swinging in the Alamo City for decades. Cullum is one of the many legends this town has, like some bow-tied wearing anachronism who could only fit in a town like this, playing the old jazz canon and commanding new life from it. Free, 7pm,  Bohanan's,  219 E. Houston, (210) 472-2600