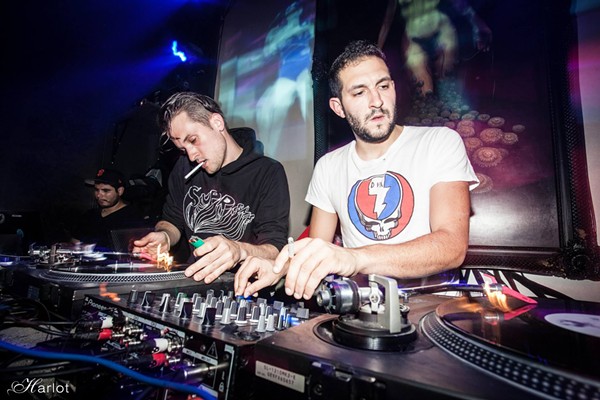 When I first dove into SA's music scene, I didn't imagine my thirst for off-kilter country would ever be satisfied by local fare. But nothing's impossible. In this swell showcase, ATX/SA alt-country outfit El Campo — which released Remember, one of the best local album's this year, back in March — is joined by sadcore country outfit Michael J and the Foxes, led by Michael Carrillo of orchestral-indie darlings Deer Vibes. With an album due out soon from the latter and the former having just completed a victory lap of a tour, it feels like we are in the midst of a Saytown country renaissance. $5, 9pm, Paper Tiger, 2410 N. St. Mary’s St

Here's a recipe for a groovy Friday night for all you head-trippers and vibe-diggers. After pre-gaming with your mind-expanding substance of choice, get yourself (safely) on down to the newly re-opened Limelight. There, you'll be assaulted by the give-no-fucks surf-stoner punk of promising young SA trio Junkie. As if that weren't heavy enough, Mockingbird Express, led by guitar wiz and far-out music aficionado Marc Smith will be on hand to deliver its potent psych-rock-blues medicine in necio doses. SA beach-goth/fuzz-psych act Wild Blood, which dropped its truly rad debut LP back in May, rounds out the bill. $3, 9pm, Limelight, 2718 N St Mary's St, (210) 735-7775

In 2011, the King Remembered in Time dropped Return of 4Eva, a mixtape that accidentally referenced Chick Corea while proving K.R.I.T.’s status as a predominant Southern rapper. On the monstrous 21-song effort, K.R.I.T. combines the cannabutter smoothness of Houston’s Devin the Dude with the extraterrestrial energy of Outkast. Most impressively, Big K.R.I.T. produced the entire thing himself, morphing the brilliant vocal sampling of J Dilla with heavy Southern trap and undertones of 808. His new album, 2014’s Cadillactica, was produced primarily by the King himself, featuring Raphael Saadiq, Beyoncé producer Jim Jonson and Nicki Minaj producer Alex da Kid. ,9pm, The Falls Bar, 226 W Bitters Rd, (210) 490-5553

The annual Balcones Heights Jazz Fesitval kicks off on Friday, with a performance from smooth jazzists Groove Therapy and Slim Man. Now in its 21st year, the festival will run every Friday through August 7 with a rotating lineup of smooth jazz and funk. Free, 7pm, Wonderland of the Americas, 4522 Fredericksburg Rd, (210) 785-3500

“Smooth,” Rob Thomas’ 1999 collab with Carlos Santana, is getting a revival on the meme circuit right now for whatever reasons of nostalgia and Matchbox-bashing humor. If he’s tuned into it, it’s hard to imagine he’d be pissed — any hype to extend Thomas’ multi-platinum rock-pop career is blessed hype. Pop-punkers Plain White T’s took it down a gear for the ’06 single “Hey There Delilah,” a number one hit that teetered over the edge of songwriting into perfection and into maudlin nausea. $49.50 - $100, 8pm, Majestic Theatre, 224 E Houston St, (210) 226-5700 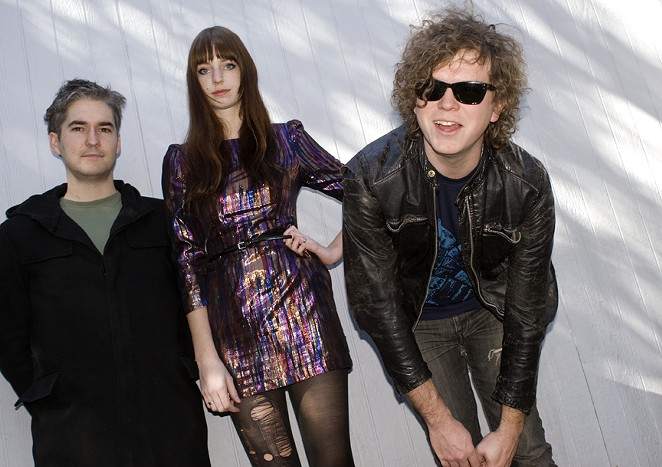 In Star Wars mythology the Death Star can obliterate entire planets with superlasers. Ringo Deathstarr is also fully capable of property damage, this time conquering earbuds and intentions to stay home with their mellow pop. The Austin band sounds like My Bloody Valentine if they sped-up their tempo and cranked-up the fuzzy guitars a number or two, while maintaining the dreamiest side of pop that can only be conjured in the subconscious. Their signature sound is uniform in that they don’t switch up their style too much, but this is not an entirely bad thing considering they are best at what they know. With Calico Club, Hypersleep. $10, 9pm, Paper Tiger, 2410 N. St. Mary’s St

Saturday, July 11
Este Vato, Grupo Frackaso, Los Nahuatlatos
Este Vato, a Latin fusion crew from Austin, lean more towards the slow-grooving Afro-Caribbean tradition than the up-tempo 1 a.m. shots of cumbia. Grupo Frackaso, SA’s rowdiest cumbia crew, takes a few important notes from hip-hop and punk on their debut effort Cumbiapocalyptica. Throughout the 26-minute release, the band blurts out their name pretty frequently, taking a page from the stylebook of 2 Chainz (a book that mostly just says “2 Chainz” in its copy). Like a one-band retrospective of San Anto’s musical heritage, Los Nahuatlatos effortlessly cruise through the West Side sound, Tejano and Norteño, sounding versed in each genre. $3, 9pm, Hi-Tones, 621 E Dewey Pl, (210) 573-6220

Even though the Icy synths and apathetic vocals are reminiscent of the darkwave greats before them — Bauhaus, Joy Division, et al. — Ars Phoenix make those concepts modern, kind of like what HBO’s True Blood did for vampires, but cooler. The video for “Elegant Vapor,” looks like a Lynchian nightmare (if it was recorded on an VHS fossil) with the accompanying song sounding like a warped, eerie and sluggish synth-pop jam. The noise element found in Ars Phoenix’s sound is what gives them a razor-sharp edge, along with the duality of female/male vocals. With Smokey Emery, Spokesmodel. $5, 9pm, Paper Tiger, 2410 N. St. Mary’s St

The Tobin Center collects the stragglers of the Summer of Love, featuring a Sly-less Family Stone, Rick Derringer (The McCoys), Mitch Ryder and the Detroit Wheels and Badfinger. $36-$801, 7pm, Tobin Center, 100 Auditorium Cir, (210) 223-8624