Formerly known as Taargus Taargus, this Austin indie rock appears to have invested in some nice Igloo gear. On the cover of Chicon single “Sin Ti,” the band depicts a teenage werewolf sitting alone, listening to records and though-bubble dreaming of a canine crush in an Oakland Raiders sweatshirt. The tune itself reflects this spirit of puppy love, with an enveloping, jangly guitar tone and close vocal harmonies. With Hypersleep. $5, 9pm, Paper Tiger, 2410 N. St. Mary's St.

Hardcore as we know it today has been shaped into a spectrum of amalgamated influences and sounds. The bands Every Time I Die and Counterparts encapsulate the hardcore mantra while deftly integrating elements of different genres. While ETID manages to incorporate classic rock riffs with spastic drumbeats and heavy breakdowns, Counterparts juxtaposes melodic guitar work reminiscent of late ’90s emo. From a lyrical perspective, both wax poetic and transcend philosophy tropes rooted in hardcore rhetoric. Pop punk lotharios Real Friends and skate punkers Gnarwolves round out the bill. $17, 5pm, Alamo City Music Hall, 1305 E. Houston St.

From San Angelo, Tx, the Garza Boys play a self-described style of “Texican Rock ‘n’ Roll,” blending Tejano with Adult Album Alternative. With their ’04 dad rock highlight “Heaven,” Los Lonely Boys earned themselves a Grammy for Best Pop Performance and a spot on AAA radio for all time. The power trio of the three brothers take their primary inspiration from their father, Ringo Garza, Sr., who himself formed a tejano rock crew with his brothers in the ’70s called The Falcones. $20-$45, 7pm, Aztec Theatre, 201 E. Commerce St., (210) 760-2196

This Friday night, join arena math rock outfit Televangelist in celebrating the release of the group's new LP. Boasting some of the more riveting and mesmerizing live performance chops in town, the young quartet is sure to take the stage with a confident fury, based on the strength and depth of these new songs, which build elegantly upon the knotty and intricately pulsing progressive rock of earlier efforts. Supporting Televangelist on the well-envisioned bill are local notables Donella Drive, Tera Ferna, The Sky Divided and This Is Where Two Oceans Meet. $5, 10pm, Limelight, 2718 N. St. Mary's, (210) 735-7775

American ska fashion is a curious thing, with USA punks riffing on the sartorial choices of England’s subcultures (themselves riffing on the rocksteady of Jamaica). At the 2015 Texas Ska Festival, expect plenty of it, with checkerboard patterns as far as the eye can see. Bonus points for all the die-hards who rock the full suit gear in the punishing July heat. With The Bandulus, Chris Murray, Ryan Scroggins. On Saturday, the music (and fashion) continues with up-tempo riffs from Spies Like Us, The Suspects and Channel One. $12, 7pm, Jack’s Bar, 3030 Thousand Oaks Dr., (210) 494-2309 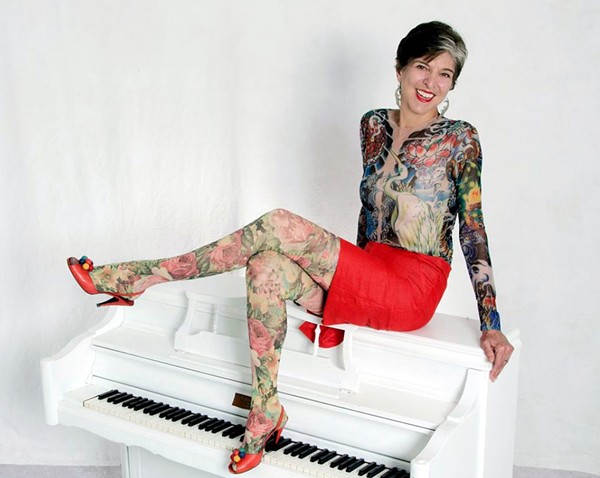 When it comes to regional styles, no city, state or territory can compare to the roadhouse fun of New Orleans music, an artform that Marcia Ball sticks to like religion. Born in 1949 in Orange, in way East Texas, Ball hopped over the Louisiana border in her childhood and never looked back. From her debut solo album Circuit Queen in ’78 to her sixteenth, The Tattooed Lady and The Alligator Man, Ball has mastered the boogie-woogie piano approach in the tradition of Fats Domino and the studious Professor Longhair. Her new record The Tattooed Lady finds Ball on Alligator Records repping her swamp-jump with a touch of zydeco rhythm, having lost none of the polish over almost forty years of career wear. In fact, her stories have gained only verve and precision over the years. Like the all-seeing house pianist in a seedy New Orleans juke joint, her narrators know the dirty truths of the in-song characters trafficking in vice. $17-$70, 8pm, Sam’s Burger Joint, 330 E. Grayson St., (210) 223-2830

Angel Deradoorian has a top candidate’s CV in indie rock, playing bass and belting pitch perfect harmonies in her former band Dirty Projectors and in her current gig with card-carrying Animal Collective member Avey Tare. Hers is a voice (and a name) that most singers can only dream about in the shower, a nimble thing capable of a piano’s range and an actor’s emotion.

On August 21, Deradoorian releases her sophomore solo album The Expanding Flower Planet on art house hip-hop label Anticon. With “The Eye,” a first peak from the record, Deradoorian picks up the rhythm by its collar, a pulsating, Kraut-friendly beat that gives the tune its considerable heart. As usual, the singer takes a savant’s approach to melody, separating her advice and rhythm into odd intervals and brilliant corners. With We Leave At Midnight, Casual Strangers, Vision Dubbed. $8, 9pm, K23 Gallery, 702 Fredericksburg Rd, (210) 776-5635 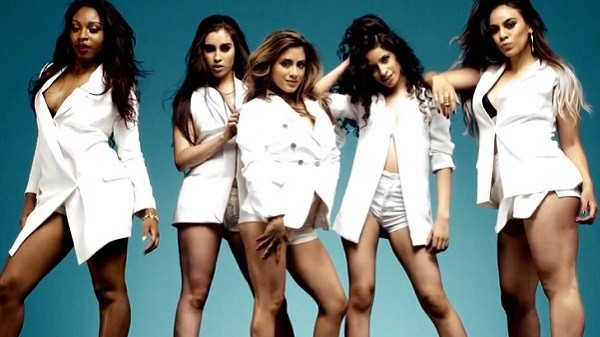 Formed on the USA channel’s The X Factor, Fifth Harmony’s origins explains their somewhat tepid band name. On “Sledgehammer,” the five-piece covers all the metaphoric ground of the construction/destruction tool over a commercialized Johnny Jewel beat. Sold out, 7pm, Tobin Center, 100 Auditorium Cir., (210) 223-8624